Goodbye Ballistix, we will miss you.

Crucial's Ballistix DRAM modules will soon be a memory

Crucial has not revealed or launched Ballistix series DDR5 memory modules. Currently, the company only produces JEDEC standard DDR5 DRAM modules. This will not change following this announcement.

Below is Micron's full announcement regarding the discontinuation of their Ballistix memory product lines.

BOISE, Idaho; Feb. 16, 2022 – Micron released the following information about a change to its business strategy for Crucial memory.

- The company will end-of-life (EOL) its Crucial Ballistix, Crucial Ballistix MAX and Crucial Ballistix MAX RGB product lines.
- The company will intensify its focus on the development of Micron’s DDR5 client and server product roadmap, along with the expansion of the Crucial memory and storage product portfolio.
- The company will continue to support the performance compute and gaming communities with its award-winning SSD products, such as the Crucial P5 Plus Gen4 PCIe NVMe SSD, Crucial P2 Gen 3 NVMe SSD, and the popular Crucial X6 and Crucial X8 portable SSDs.
- Teresa Kelley, Vice President and General Manager, Micron Commercial Products Group: “We remain focused on growing our NVMe and Portable SSD product categories, which both offer storage solutions for PC and console gamers. Additionally, Crucial JEDEC standard DDR5 memory provides mainstream gamers with DDR5-enabled computers with better high-speed performance, data transfers and bandwidth than previously available with Crucial Ballistix memory.” 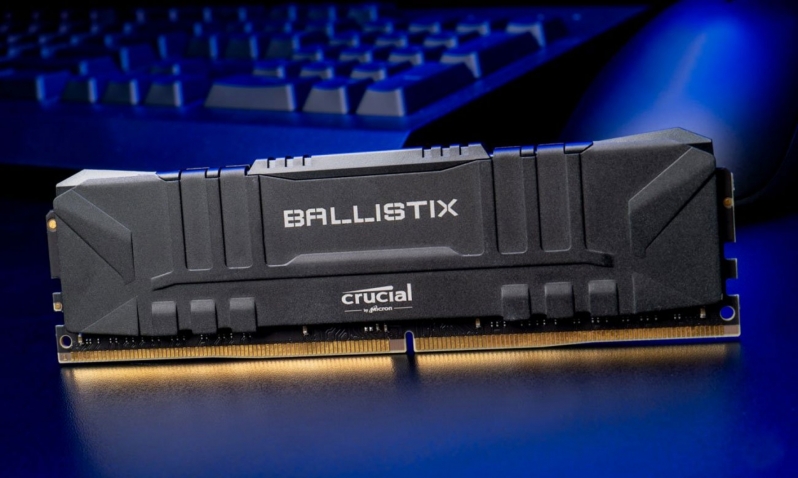 You can join the discussion on Micron discontinuing its Ballistix memory products on the OC3D Forums.

Meaker
That does seem really odd, it's a higher margin line when you already do every other bit surely?Quote

Warchild
Quote:
Ive never seen their memory as worth it. Given the cost, I always went with Corsair/Gskill/Kingston etc.Quote
Reply