The expert smiths at Man At Arms: Reforged has created a battle-ready replica of Battlefield 1's Trench Club, which is available to use in the online multiplayer component of the game.
While most trench clubs were improvised weapons made from scavenged wood, barbed wire and nails, the Man at Arms team have instead created a weapon that is inspired by some of the factory made trench clubs, which were manufactured and shipped to the troops on the frontlines.
In the below video every part of the weapon was hand forged and crafted, including the handle, spring and the club head itself, with the final weapon being just as deadly as the original weapons used during the great war.

Please note that is is not a realistic replica of a World War 1 trench club of this design, as this version uses an internal bar to keep the spring body of the club rigid, whereas a German, factory-made trench club like this would use the spring body to make the design semi-flexible. This spring-based design allowed the club to be used in a whipping motion during battle for increased impact velocity, making the club much more deadly.

Below is an image of a real German trench club that was made and used during World War 1, which is currently on display in the Imperial War Museum in London. 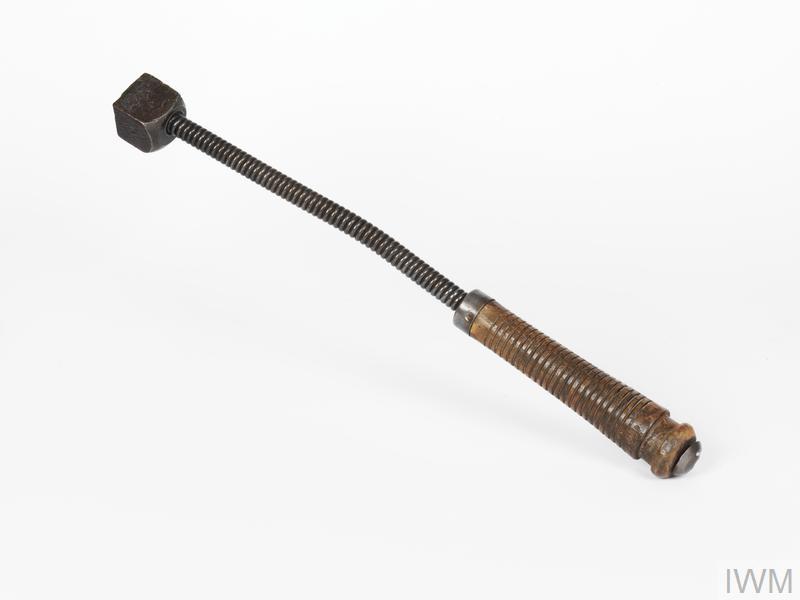 While the Man at Arms replica may not be identical to the real thing, it is almost identical to the trench club seen in Battlefield 1 and is certainly a weapon that you wouldn't want to see in the hands of your enemies.

You can join the discussion on Man at Arms forging Battlefield 1's Trench Club on the OC3D Forums.

NeverBackDown
I agree, one of my favorite channels. Some seriously impressie stuff. This is no exception, looks stunning! Well, until it gets bloody

WYP
Quote:
The real WWI weapons had no bar on the inside. It was designed to be swung like a whip for increased impact velocity.

The spring was very solid, making the club only semi-flexible, so it isn't going to swing like a sextoy.

Man at arms were making a replica of the BF1 in-game item, which is completely solid, which is why this build is so strange.Quote

SparkleDJackson
So they gave themselves more work than what was originally needed lol. I knew there has to have been a reason to have it with a spring instead of a solid bar but never looked into it myself. Anyone else enjoying the game as mich as me.Quote
Reply