ASRock has officially revealed their "Thunderbolt 4 AIC" accessory, an Add-on Card that can be used to enable Thunderbolt 4 functionality on compatible Intel 500 series motherboards.

With Thunderbolt 4, users can connect to their PCs using the PCIe, USB and DisplayPort protocols, with this AIC supporting daisy-chaining for up to five Thunderbolt devices. This add-on card uses Intel's JHL8540 Thunderbolt 4 Controller and ships in a thin 3.3-inch by 4.1-inch form factor with a single-slot PCIe slot width.

Sadly, ASRock did not reveal the pricing of this AIC. That said, this AIC should help Thunderbolt 4 become more commonly used within the mainstream PC market and be a popular add-on for custom PC building companies, especially those who create workstations. 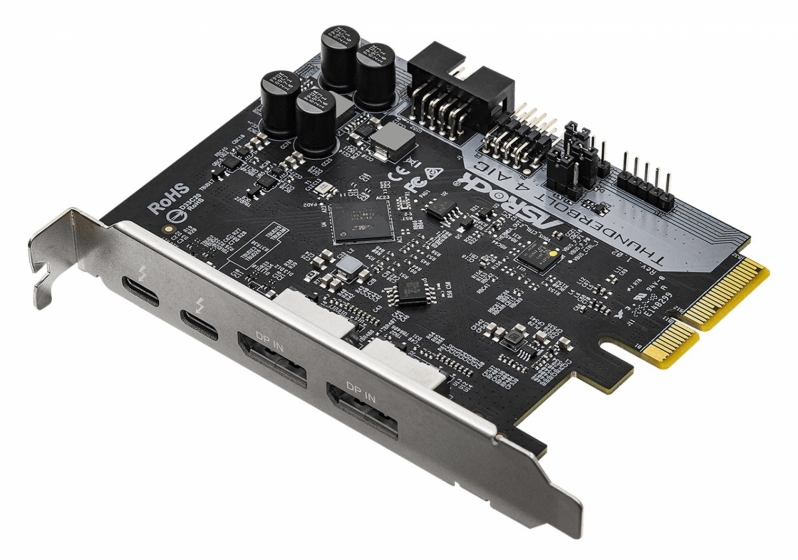 You can join the discussion on ASRock's Thunderbolt 4 Add-on card accessory on the OC3D Forums. 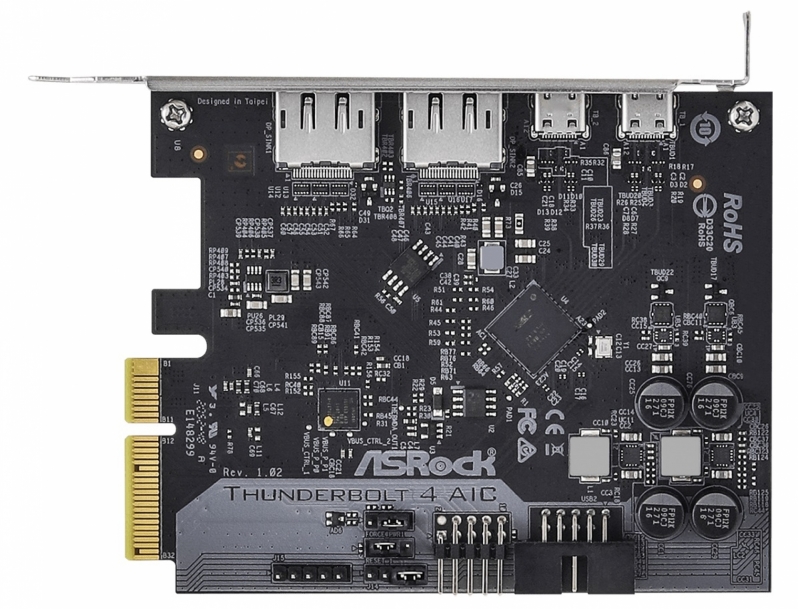