This article was possible thanks to Information from Dicehunter on the OC3D Forums and Mark Pontifex on Twitter.

Zotac in a bizarre move has accidentally released a screenshot of their new Firestorm Overclocking utility which shows it using a GTX 1080Ti. Strange given how they only just released their GTX 1080 series GPUs.

This mistake was quickly rectified by Zotac, who replaced the screenshot with a screenshot containing their new GTX 1080 GPU, which is currently Nvidia's flagship GPU product. 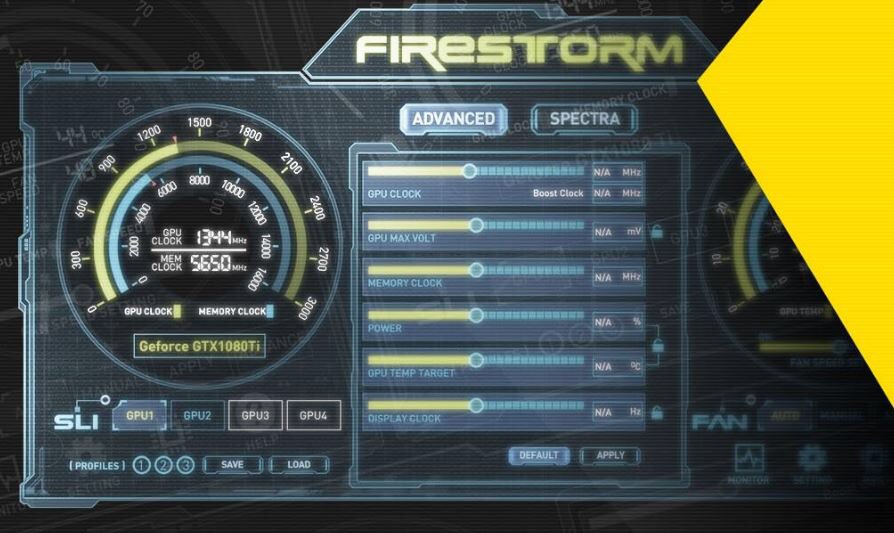 Right now Nvidia's GTX 1080Ti is rumored to have almost 50% more GPU cores and 12GB of GDDR5X memory, making it significantly more powerful than the GTX 1080. At this time, these specifications are yet to be verified.

You can join the discussion on the GTX 1080Ti on the OC3D Forums.

Stoner81
If all of that is true or very close to it then I bet folks who have already bought the 1080 are going to be pee'd off to put it mildly!

Pr3d4t0r
1080 was somewhat dissapointing and mostly not worth upgrading from oc'd 980ti, but 1080ti will hopefully make a nice difference, hopefully with few leaks it might speed up the release

even though they will want to milk 1080 as much as possible.

steverebo
seems all the overclocking hype with the 1080 has fallen on its face as well, quite a few extreme overclockers have attempted to push the 1080 and have hit a frequency ceiling of about 2.2ghz they even tried with the asus strix that comes clocked at 2.0ghz boost and they could not surpass that ceiling.

Kaapstad
I think this leak is a wind up.

There are no values on any of the sliders even though the memory is overclocked.

The core clock is a bit low for a likely 1080 Ti too.Quote

Legacy-ZA
Quote:
Not really, probably trying to keep all the cores at a reasonable temperature.

As for the cards existence; it's not a surprise anymore. Could have told everyone that at launch and whomever is going to buy the 1080, is going to be in for a world of hurt. Probably just best to go with the 1070, you are still being ripped of, but at least not to THAT extent.Quote
Reply