The GTX 16 series is getting the Super treatment!

Low-end Navi graphics cards are coming, and that has Nvidia worried. While the GTX 1660 is still less than a year old, Nvidia is worried that it might not be enough to stave off competition from AMD's upcoming RX 5500, especially if the company also has an XT variant in the works.

Today, Zotac's Geforce GTX 1660 Super Gaming and Gaming AMP graphics cards have been revealed, thanks to the leakers over at Videocardz. We have included an image of the Zotac Geforce GTX 1660 Gaming below.

Rumours of  GTX 1660 Super graphics card have been circulating for a while now, but what is Nvidia doing to justify this refresh? While the core configuration of the GTX 1660 Super is unknown, we now know that Nvidia will be moving from GDDR5 memory to GDDR6, significantly increasing the GPU's memory bandwidth.

If Nvidia opts to utilise the same 12Gbps GDDR6 memory as the GTX 1660 Ti, Nvidia will have increased the memory bandwidth of their new GTX 1660 by 50%, practically eliminating memory bandwidth as a bottleneck for a graphics cards of this class. 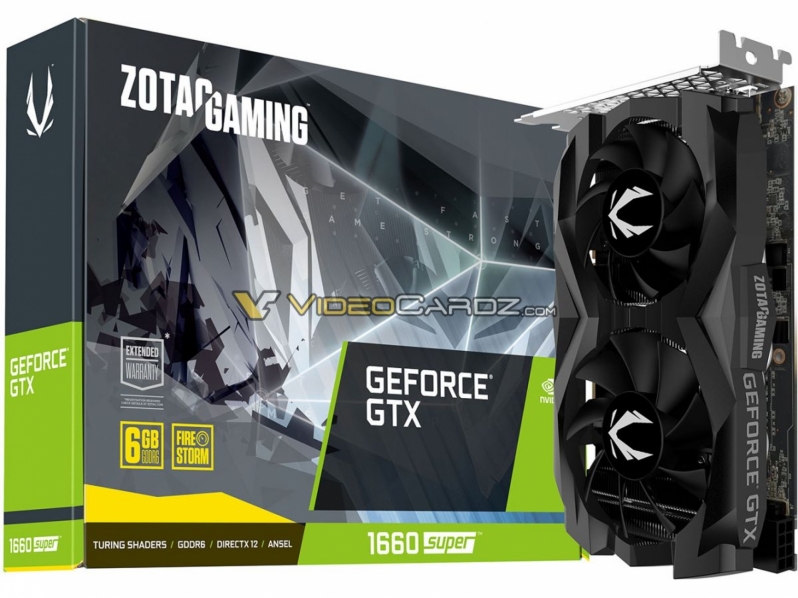 Previous rumours have suggested that Nvidia will announce both a GTX 1650 Ti and a GTX 1660 Super graphics card within the next month, completely changing the company's 1080p graphics lineup. This is great news for PC gamers, especially those with a limited budget.

You can join the discussion on Nvidia GTX 1660 Super graphics cards on the OC3D Forums.

NeverBackDown
I'm most interested in seeing how it improves performance between the two memory types if all else is equal.Quote
Reply