It looks like Nvidia are skipping the 800 series entirely and are going straight to the 900. The Nvidia 900 series will arrive as High-End Maxwell, the same Nvidia GPU architecture used in the GTX 750 and 750Ti, so expect pretty good GPU power per watt.

The image below was leaked by the retailer PCHUB on their Facebook page, this has since been removed from the page. 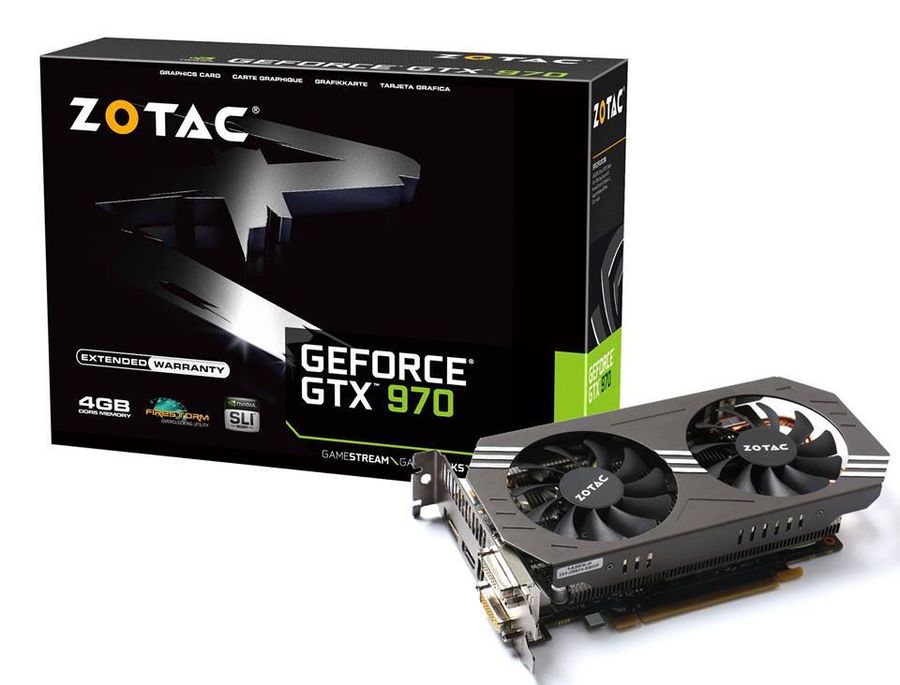 From what we can see from this leaked image the GTX 970 will feature 4GB of ram and will come in a fairly small form factor, similar to that of the GTX 670 when it comes to PCB length.

Videocardz Quote the Specs of the GTX 970 as having 1664 CUDA cores and a 256-bit memory bus, but this remains unconfirmed at this moment.

Join the discussion on the Zotac GTX 970 on the OC3D Forums.

barnsley
good to see Nvidia stepping up to 4gb as standard. 3gb is enough (2gb is not, sorry) but considering how the new gen of games are turning out...Quote

Nogginthenog
I've recently bought a strix 750ti, and that doesn't look a whole lot bigger, which is impressive in itself.Quote

From all the info we have so far the 980 is still under a 780Ti performance wise making them Maxwell midrange rebrands of the 770 and 780.
My guess is highend Maxwell wont be till end of this year/early next year, I reckon the 980 Ti will be the next highend performance card from Nvidia.Quote
Reply