Zotac has announced their new Geforce GTX 1070 Mini GPU, which is 21cm long and features a dual-slot cooler design and features a dual-fan cooler design.
This GPU will be powered by a single 8-pin PCIe power connection and features Nvidia's reference GTX 1070 core clock speeds of 1518MHz base and 1708MHz boost as well as memory clock speeds fo 8.00GHz.  This GPU will feature three DisplayPort 1.4 connections, a single HDMI 2.0b connection and a dual-link DVI-D connection.
This GPU comes in with a much smaller design than Zotac's existing GTX 1070 AMP design, shortening the card from 30cm in length down to 21cm. This new GPU features a custom PCB design and features full support for Nvidia SLI. 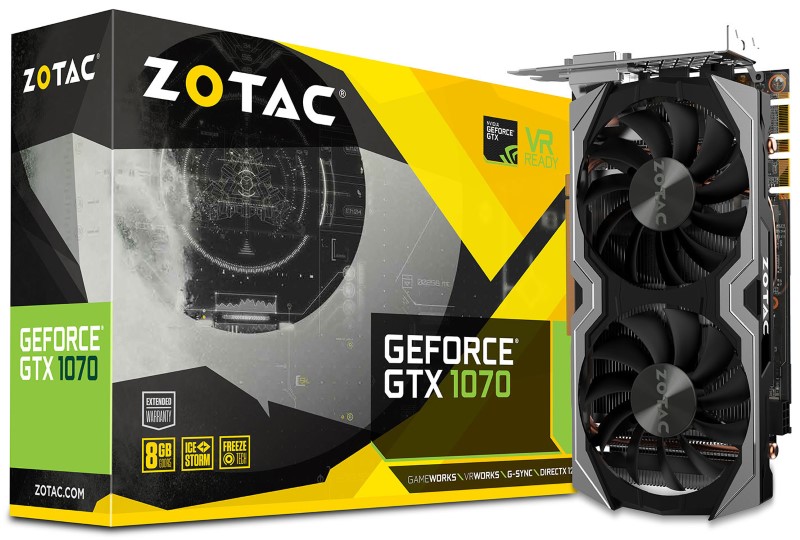 This GPU will release at an expected retail price of $389, giving this GPU a similar price to Nvidia's cheapest/reference-style GPUs.

You can join the discussion on Zotac's GTX 1070 Mini GPU on the OC3D Forums.

Darkdayzzz
Not sure about the UK amazon but here in the US this is already available to purchase, and I saw this yesterday aswell when I ordered my Strix 1070 XD!