To date, not many custom RX Vega designs have been showcased, with only ASUS having images for their RX Vega 64 Strix being readily available. Now XFX has joined the fray, with some new teaser images for an upcoming RX Vega series GPU, which revive's XFX's classic X-shaped branding.

This bold custom RX Vega design combines a shorter than average PCB design with a large aluminium heat fin stack, which is cooled by two large fans. This design is reminiscent of some older R9 Fury custom designs, which used a shorter PCB alongside an elongated heatsink, allowing air to move freely through the entire heatsink without much restriction at the rear of the graphics card.

Strangely, this GPU is shown with what appears to be an 8+6-pin power design, which is quite small for an AMD RX Vega series GPU, as AMD reference models all use 8+8-pin power designs. 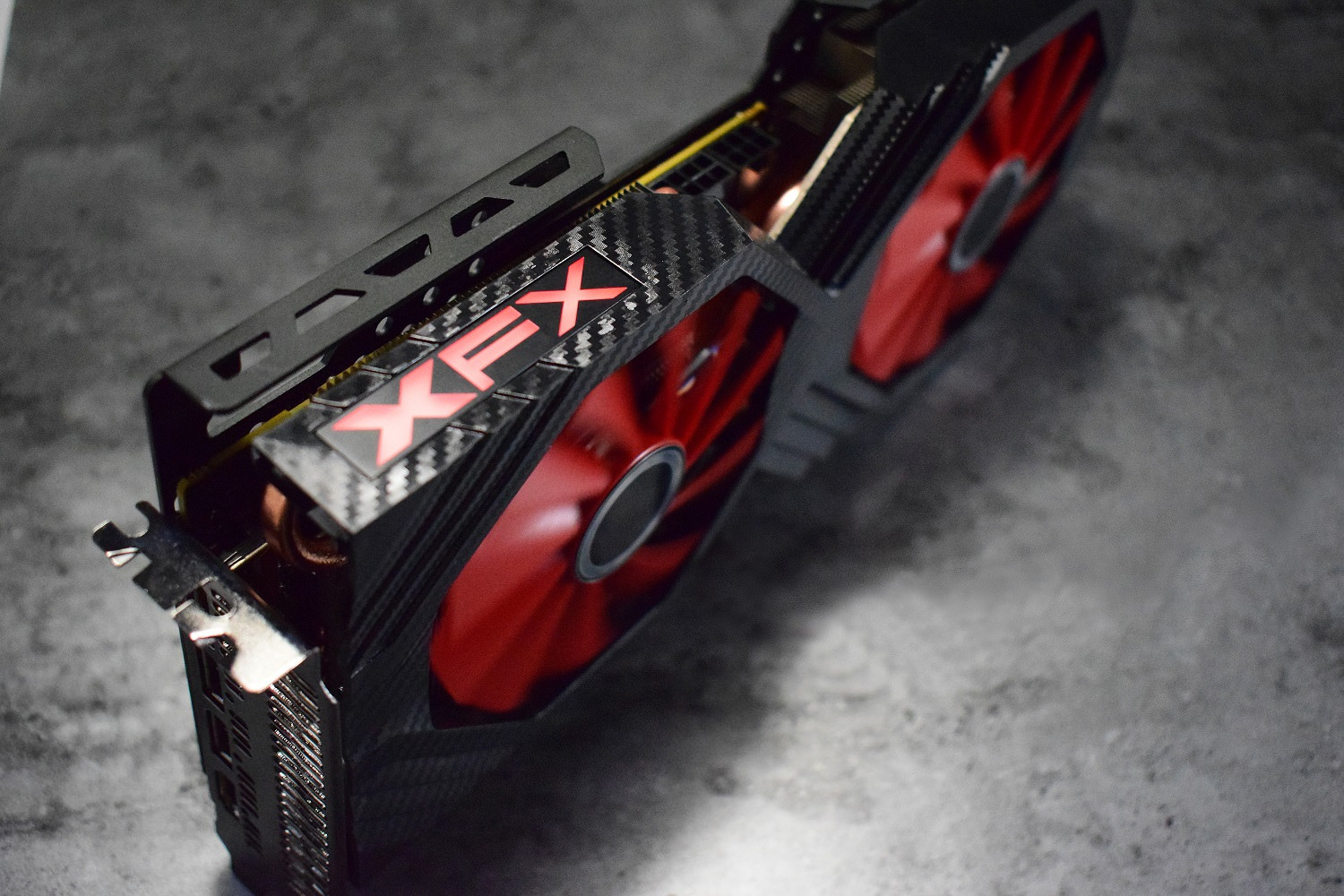 The GPU cooler itself comes with a carbon fibre aesthetic and two large red fans, offering a design that is reminiscent of older XFX graphics cards but feels very out of place when it is compared to today's other GPU offerings.

This tease brings back some hope that custom RX Vega 56 and 64 GPUs will be releasing soon, though at this time there is no ETA for AMD's custom Vega offerings.

You can join the discussion on XFX's custom RX Vega GPU design on the OC3D Forums.

Greenback
I take it they won the ugliest GPU competitionQuote

AlienALX
Awful. Do they look at modding from ten years ago then design their cards on that?Quote

AverageNinja
Wish they'd go back to their R9 290x design. Now that was a great looking GPU.Quote