More images and details have been released for XFX's upcoming RX Vega Double Edition series of GPUs, which will release with a unique design aesthetic and a custom dual-fan cooler.

This GPU will be released with RX Vega 56 and 64 variants, with both models lacking a factory overclock, though that being said Vega's performance depends on a lot more on power profiles than cooling than anything else, so this aftermarket version could still outperform AMD's reference model. 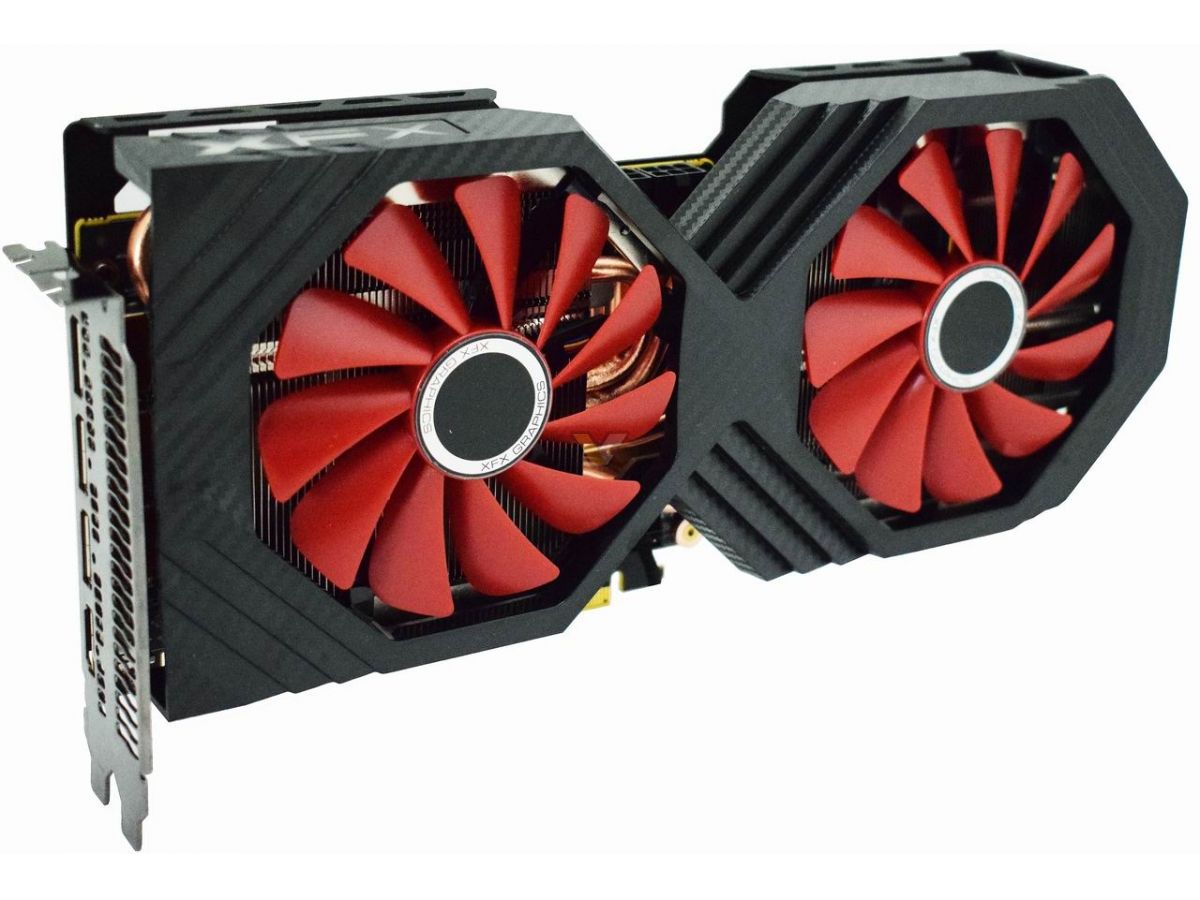 This strange GPU design will come with two 8-pin power connections that are placed between both of the GPU's large cooling fans, with the GPU offering a PCB that is shorter than AMD's RX Vega Reference models, though at this time it is unknown whether or not XFX has created a fully custom PCB. AMD's reference PCB contains a lot of empty space, so it is not out of the question that the company has simply consolidated AMD's original design onto a shorter PCB.

We can see that this design from XFX uses a custom back-plate that showcases logos for both XFX and Vega, offering XFX's classic X-shaped GPU cooler design.

The one thing that sticks out here is how awkward cable management could be with this GPU, given the fact that the GPU's power input is at the very centre of the card. 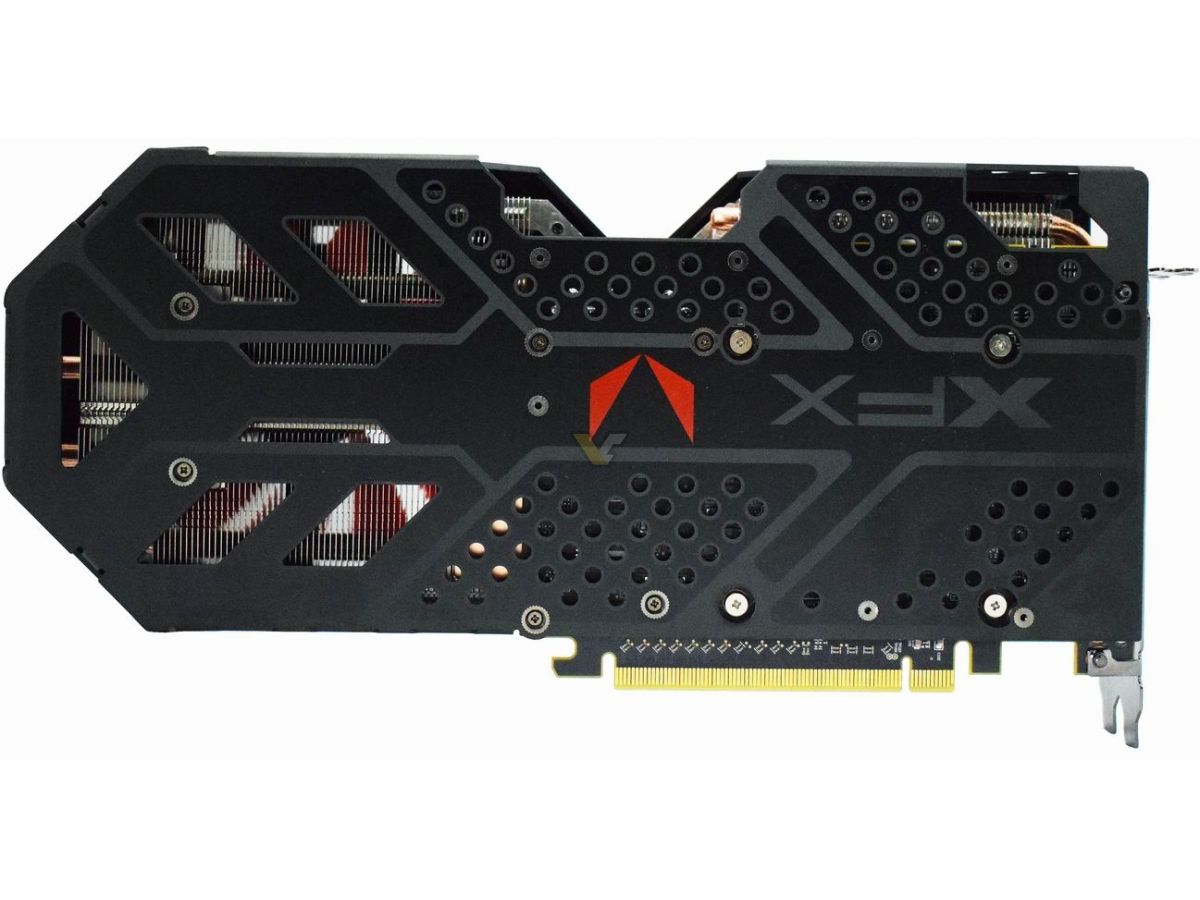 We can see that XFX has opted to use a standard backplate design with this GPU as well as the same stock display outputs as AMD's own reference models, supporting three DisplayPort 1.4 outputs as well as a single HDMI 2.0 output. 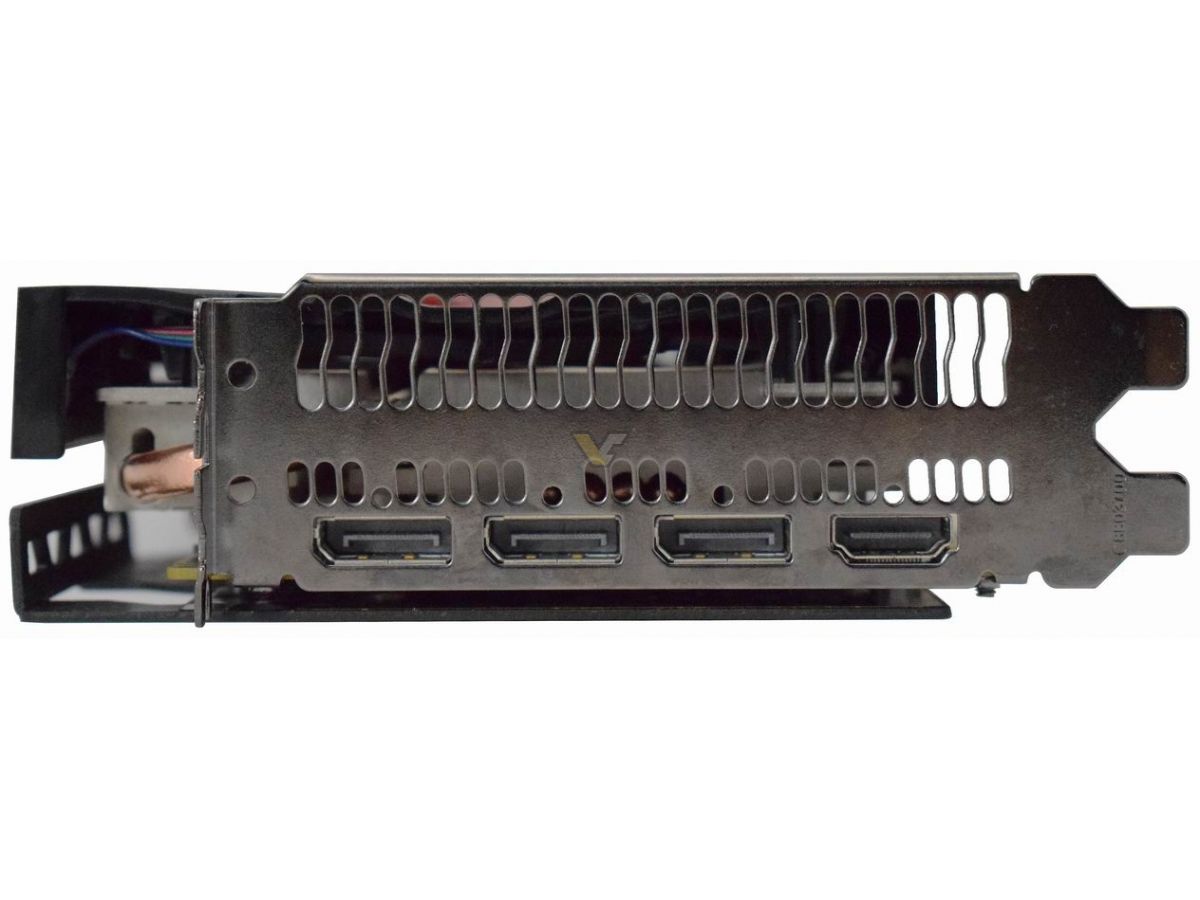 At this time no pricing information has been released for these two GPUs or their intended release date.

You can join the discussion on XFX's upcoming RX Vega 64/56 Double Edition GPUs on the OC3D Forums.

I have 3 XFX cards and they are all simple, decent designs.Quote

AlienALX
I saw the back and thought "Gorgeous". Then I saw the front. That thing fell out of the ugly tree, hit every branch on the way down and then got smashed with an ugly stick.Quote

Dicehunter
Kill it with fire !!!!Quote

AngryGoldfish
Quote:
I agree. At first when I saw less of the card I liked it, but after seeing the entire shroud I think they took the indents too far. A smaller 'V' on each side would look so much neater. I still appreciate that XFX are trying something fresh and bold, but they're making an already niche card even more niche. Powercolor have done the samethough not to the same degree as XFX.Quote

Agost
The back is ok, the front...

XFX, this is just terrible. The only 2 slot custom card (as far as we know) is just too ugly to buy. And the other ones are bricks that have release problems.Quote
Reply