With this data, we can confirm that AMD's RX 5600 XT utilises 6GB of 12Gbps GDDR6 memory over a 192-bit memory bus, and offers users the same stream processor count as Radeon's RX 5700, albeit with lower clock speeds. This makes it likely that the Radeon RX 5600 XT is a cut-down RX 5700, as it would be foolish for AMD to create two graphics chips with the same stream processor count.

AMD's RX 5600 XT will be a competitor to Nvidia's GTX 1660 Super and GTX 1660 Ti, though the RX 5600 XT's similarities to the RX 5700 will likely make AMD's new part a performance leader in the sub-£300 GPU market. This will be especially true is AMD's 12Gbps GDDR6 memory can be overclocked to higher speeds, as it is likely that this graphics card will be memory limited. 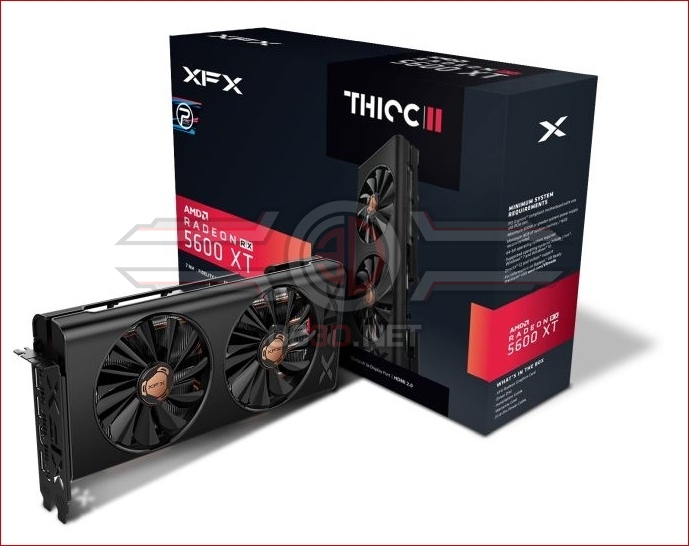 Looking at XFX's RX 5600 XT specifications, we can clearly see that the graphics card is a cut-down version of AMD's existing RX 5700 graphics card. The GPU features the same stream processor count as AMD's RX 5700, lower clock core/memory speeds, and a smaller GDDR6 memory bus. These factors give the RX 5600 XT around 35% less memory bandwidth than an RX 5700 and a gaming clock that's over 10% lower than AMD's reference RX 5700. 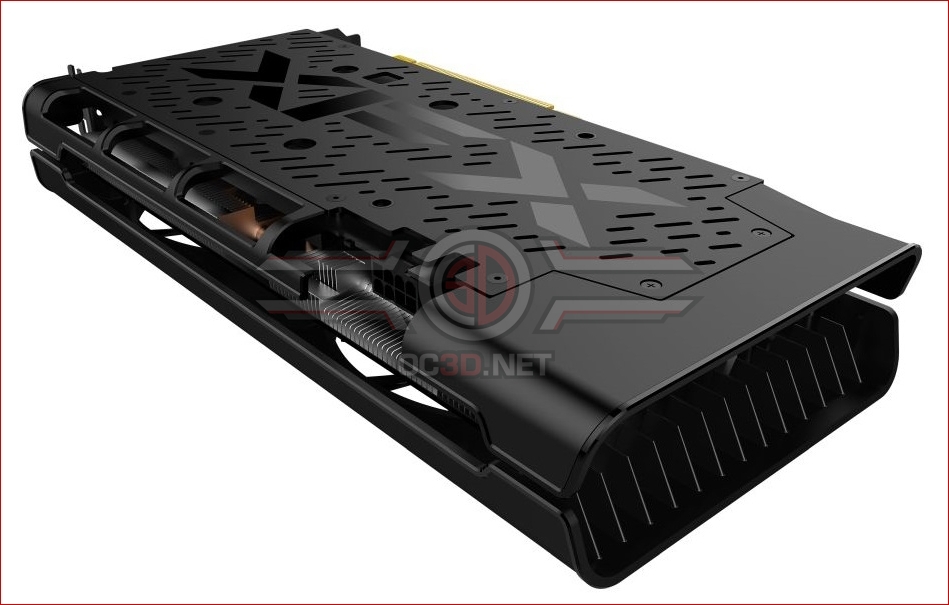 Based on this information, we guess that this GPU's performance will be memory limited in many cases, which means that this GPU could respond very well to memory overclocking.

XFX's RX 5600 XT THICC II Pro uses a dual-slot cooler, supports PCIe 4.0 and is due to launch in January 2020 according to our source. The graphics card will also feature three DisplayPort 1.4 outputs and a single HDMI 2.0b output.

You can join the discussion on XFX's RX 5600 XT THICC II Pro graphics card on the OC3D Forums.

NeverBackDown
Looks good because it's similar to the XFX RX290 black cards. Still my favorite card to date aesthetically.Quote