Yes, I know it's crazy, but AMD has created its own web browser within its Radeon Software suite. This browser can be used with AMD's Radeon Overlay to allow gamers to quickly lookup guides and walkthroughs when required, without the need to alt-tab out of their games.

At the time of writing, this feature is exclusive to Radeon graphics cards. AMD has confirmed to us that the browser is based on Chromium. 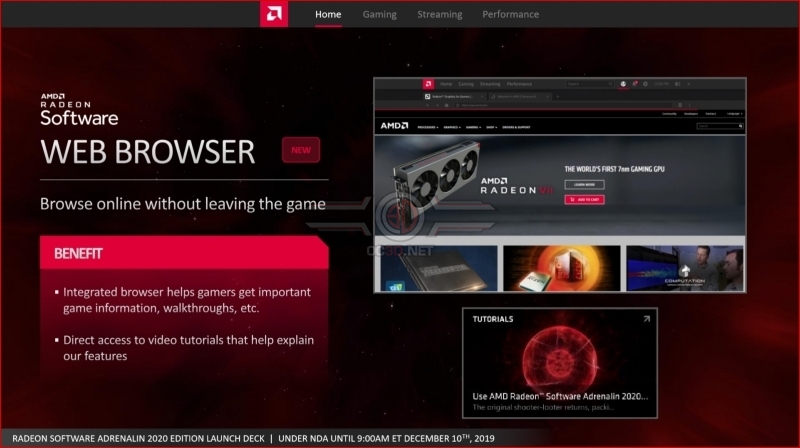 With Radeon Software Adrenalin 2020 Edition, AMD's Radeon Image Sharpening (RIS) feature has received a significant update, gaining support for DirectX 11 games and a new sharpness slider to adjust the strength of the effect.

This is a huge feature improvement from AMD, as most Modern games still use Microsoft's DirectX 11 API. This change allows Radeon Image Sharpening to be utilised a much larger catalogue of PC games. 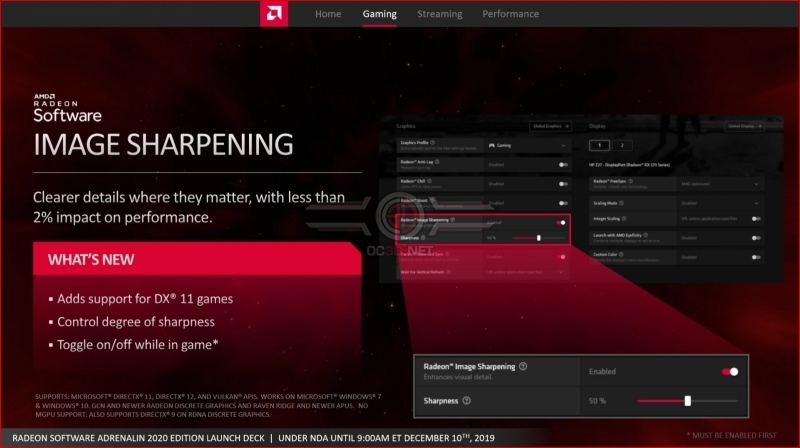 Using DirectML, users of Radeon graphics cards can accelerate image quality enhancements using the power of their graphics cards, allowing filters to be applied to their images faster through the powers of machine learning. 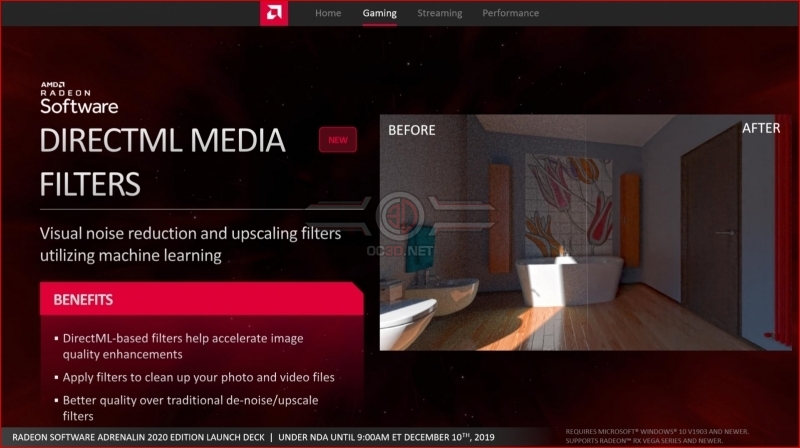 You have heard of Radeon Chill, but what if you tried to run that technique in reverse. What if you were able to get your games to boost their performance whenever movement was detected? That's what Radeon Boost is all about.

Radeon Boost is a motion-based dynamic Resolution technique which is designed to boost game performance whenever movement is detected, allowing the game to look its sharpest when characters arent moving, and run smoother whenever the game is in motion.

Basically, this feature is designed to give users a free performance boost in selected games, with AMD adding Radeon Boost support to new titles on a game-by-game basis. So far, this feature is supported in Overwatch, PUBG, Borderlands 3, Shadow of the Tomb Raider, Destiny 2, GTA V and Call of Duty: WW2.

When movement is detected, the resolution of the game will drop, a change that shouldn't be very noticeable during the heat of battle. The idea is that players will notice their boosted framerates, but not necessarily notice their reduced resolution. When standing still, their game resolution will be at its native value. 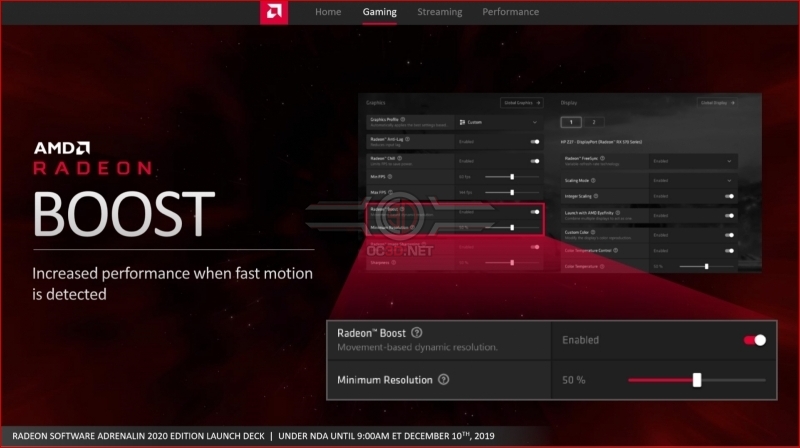 With Radeon Boost, framerates are said to increase by 23% on average, which is great news for players of competitive multiplayer games. Whether or not this boost is worth it is up to gamers, though it is a useful feature. 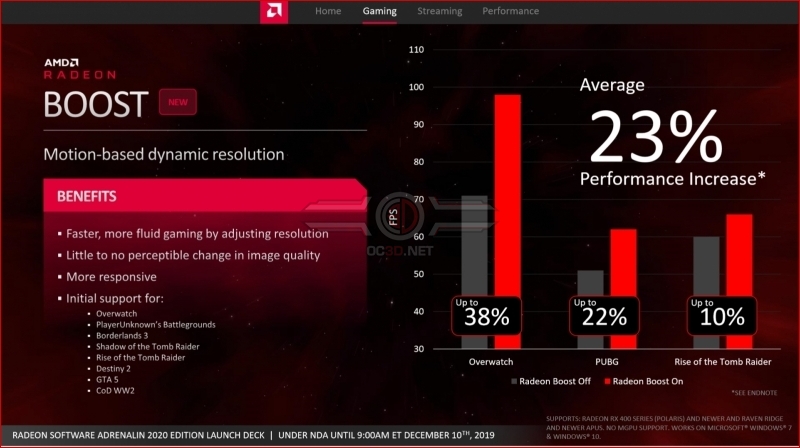 You can join the discussion on AMD's Radeon Software Adrenalin 2020 Edition driver on the OC3D Forums.

tgrech
I remember trying motion based dynamic resolution with a Skyrim mod many years back, worked very well even as little mod back then.Quote
Reply