What does Bespoke FreeSync 2 HDR Game Support Do?

Giving developers the information they need to do HDR properly

What does bespoke FreeSync 2 HDR Game Support Do?

With Far Cry 5, bespoke, in-game FreeSync 2 support was added to a game for the first time, promising gamers a better implementation of HDR within the game's PC version while using a FreeSync 2 display.

When this support was announced, we asked AMD a simple question. What does dedicated FreeSync 2 support do? AMD's press release on the matter merely said that FreeSync 2 enabled game developers to offer higher levels of image quality by "targeting the display’s brightness, contrast and colour gamut capabilities directly." Sadly, we never received a satisfactory answer to this question, leaving us to speculate when we talked about Far Cry 5's FreeSync 2 support.

Thankfully, we now have a more in-depth answer to our FreeSync 2, now FreeSync 2 HDR, question, with AMD's latest episode of "The Bring Up" providing the company's fans with more precise detail on how FreeSync 2 HDR can impact game smoothness and image quality.

How does my PC know the variable refresh rate range of my FreeSync or Adaptive Sync monitor? The answer to this is simple; jour monitor tells four PC its Variable Refresh Rate (VRR) specifications. This is also how PCs know if a monitor supports HDR, any specific resolution, refresh rate or colour bit-depth.

With FreeSync 2 HDR this level of specifications sharing is extended to deliver brightness, contrast and colour gamut information. Using these specifications, game developers can use tone mapping on their HDR enabled software to target every FreeSync 2 HDR monitor optimally, producing the best image quality possible.

FreeSync 2 HDR work around the "HDR in this game/movie only looks good on high-end HDR screens" problem, by allowing developers to intelligently target the specifications of HDR displays to deliver high levels of image quality over a wider range of monitors. Simply put, FreeSync 2 HDR is the smart way of doing HDR, given the wide levels of variation there can be in today's HDR ecosystem. 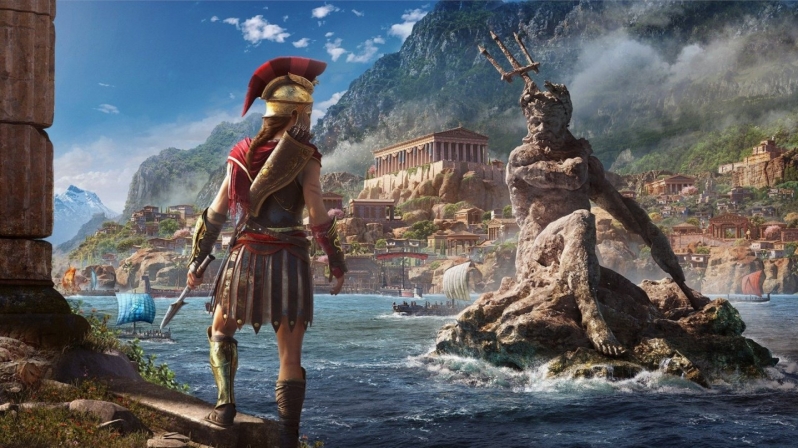 At this point, we think it is rather silly that it took this long to get an in-depth explanation on what in-game FreeSync 2 HDR support can offer, but at least we now know that the feature provides clear benefits over standard HDR support with FreeSync enabled. It is a shame that it took this long to receive a proper explanation, as it has left the PC gaming press with no ability to discuss the benefits of the feature, which is ultimately a bad thing for AMD.

Many of our readers will be unaware that bespoke software support for FreeSync 2 HDR even exists, despite being available in high-profile releases like Assassin's Creed: Odyssey, Far Cry 5, Resident Evil 2, The Division 2 and more. AMD's FreeSync webpage doesn't even mention software support for FreeSync 2 HDR game support, leaving us unable to provide a comprehensive list of supported games. In short, AMD's PR teams have done a terrible job advertising in-game FreeSync 2 HDR support, which is a huge disservice to the feature.

In-game FreeSync 2 HDR support is such a smart feature that we would love to see it widely adopted, perhaps as part of a future open standard, as ultimately this level of specifications targeting could benefit gamers on PC, consoles, and future handheld devices.

You can join the discussion on FreeSync 2 HDR Game Support on the OC3D Forums.