Which headset comes out on top?

The VR battlefield is starting to heat up, with Sony promising support for PlayStation VR on their next-generation console while Valve and HP are bringing to the market premium headset offering that promise high resolutions and high refresh rates to deliver the highest levels of VR graphical fidelity to date.

On the lower-end, Oculus' upcoming Rift S headset will deliver a higher screen resolution at a low price tag while moving from AMOLED screens to LCDs that are optimised for VR gaming. These two changes will reduce the impact of the "screen door" effect, while also making VR gaming sharper thanks to the resolution bump.

With all of these high-profile headsets on the way, we deemed it appropriate to compare the specifications of each, from their resolution to their field of view and even their refresh rate options. To represent the VR old guard, we have the original Oculus Rift, HTC Vive and PSVR on the left, while the right-hand side is taken up by the latest VR newcomers.

For the most part, higher numbers are better, with a broader field of view being preferable, increased resolution screens resulting in increased sharpness and higher refresh rate options providing smoother game motion and increased responsiveness.

When it comes to tracking we have split things into two groups, Inside-Out and External, with external tracking setups requiring external sensors, trackers or cameras to track VR gamers while Inside-Out tracking systems have everything built into the headset itself, requiring little to no setup. 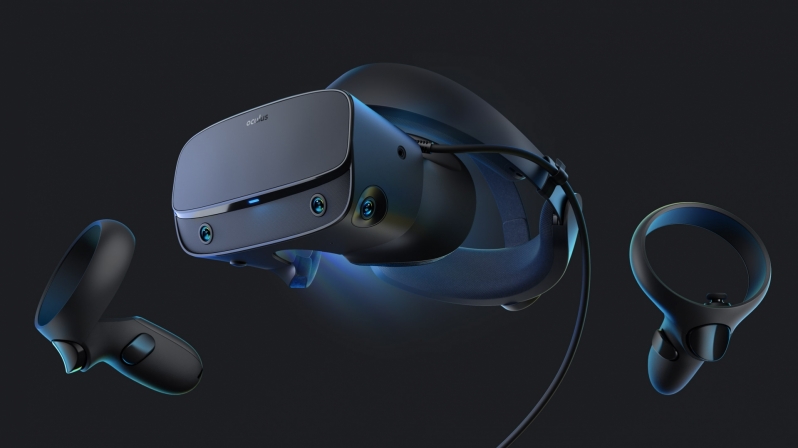 In terms of overall quality, Valve's Index headset comes out on top, offering the highest refresh rate (with Valve working on an experimental 144Hz option), the widest field of view and support for a highly accurate external tracking system. While the HP Reverb offers a higher screen resolution, the headset is still based on Microsoft's Windows Mixed Reality technology, which means that it will use Inside-Out tracking, which is known to be less accurate than Valve's Lighthouse tracking system.

Regardless, Valve's headset is amongst the most expensive on the market, costing a similar amount to HTC's Vive Pro, albeit with higher refresh rate screens, updated VR controllers and a wide field of view.

You can join the discussion on this VR headset specifications showdown on the OC3D Forums.

Dicehunter
I already have a large Oculus Library so I may well get the Rift S while waiting for the actual Rift 2 to come out in a year or so.Quote

WYP
Quote:
I'd read up on reviews before upgrading from the Rift to the Rift S. That said, inside out tracking will make the headset much easier to pick up and play.

I have a friend who owns a Rift, and every time we use it there is always some annoying setup issue to fix.Quote

Warchild
Quote:
Dont. Reviews are slamming it as no where near worthy of upgrading from rift/vive. Screendoor effect hasnt improved much so they ED VR cockpits will still look poor with text unreadable at times.Quote

Dicehunter
Quote:
Quote:
Well I'm still debating what to do, Unless there's a way to get all my purchased content on the Oculus store to work with the Valve Index then I'm kind of locked into buying either the Oculus S or waiting for the CV2.Quote

Warchild
Quote:
But if you have the Rift why do you want the Rift S?

There is barely a reason to upgrade from the Rift.

Just check this review. Its one of many all agreeing with the same thing