VR faces a lot of problems that prevent mass-market adoption on PC, from lengthy setup times to complex cable routing and the high pricing of the headsets themselves. Manufacturers are trying their best to address each of these issues, but it remains a work in progress.

The USB Type-C based VirtualLink standard is designed to tackle one of VR's major issues, providing a single cable solution for power, display connectivity and miscellaneous I/O, in theory taking the place of separate power, HDMI/DisplayPort and USB data cables.

Valve's upcoming Index VR headset will be the first VR headset to support VirtualLink, but the cable will release as a premium add-on, with the standard headset shipping with a traditional 3-in-one cable solution. This makes sense, given the fact that only Nvidia's RTX series of graphics cards support VirtualLink at the time of writing.

The Valve Index's VirtualLink USB-C adapter will ship separately from the main headset, costing users £36.99 in the UK. This may be worth it for those who frequently unhook their VR headset from their PC, or desire single-cable connectivity for some other reason, but to other such a high price does sound like a lot for a single cable. 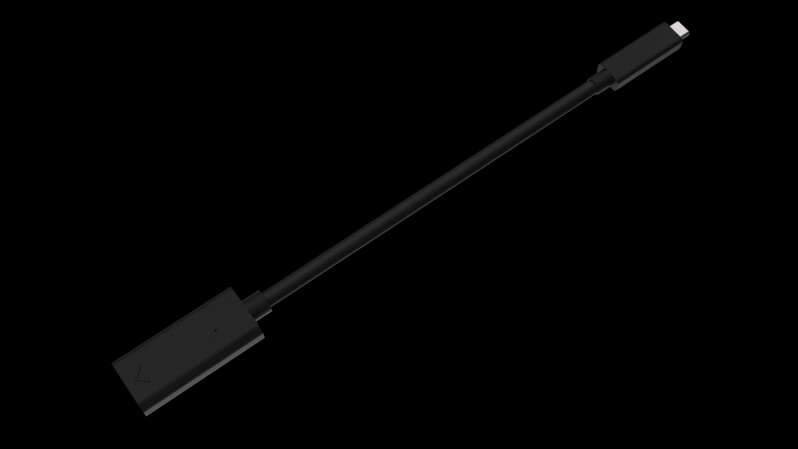 Turning the Index's cable solution from a 3-cable setup onto a single cable solution will do wonders when it comes to reducing setup time, but it is worth noting that Valve's new headset requires users to construct the company's lighthouse tracking system, which isn't an easy process.

You can join the discussion on Valve's Index Headset supporting VirtualLink connectivity on the OC3D Forums.

tgrech
This dongle seems the wrong way round, why would you want 3 long cables coming from your headset to your PC with just a short thick annoying dongle right at the end? Surely you'd want the 3-way bit quite close to the headset with a single long Type-C cable going to your PC. They could have at least put a female Type-C receptical on for other cables or somethingQuote

Warchild
Is that picture just a placeholder?

The female end looks far too small/thin to support 3 connections. To me it looks like a single USB to USBC connector.Quote

looz
Maybe it's a single cable to a dongle which is either VirtualLink or triple cable.

tgrech
Oh after looking at the pinout it's kinda obvious why it can't output to a female receptacle, the usual USB2 pins are swapped for USB3 so most Type-C cables will have USB2's 1 unshielded twisted pair rather than the 2 shielded differential pairs used for USB3 signals on those lines/pins. Maybe this is a triple standard Type-C connector(DP alt mode(inc TB3), USB3.x and USB power Type-C ports) to virtuallink? Or maybe this is just a place holder image.Quote
Reply