Until now HTC's Vive platform has been the face of Valve's efforts with SteamVR, and that has set up the company to become too reliant on a third party headset provider who doesn't necessarily hold to their values. HTC's Vive Pro headset is focused on professional users, not gamers, and to say the least, their pricing structure leaves a lot to be desired.

Now Valve has created their own headset design for SteamVR, complete with Valve Index controllers, Valve Index Base Stations, which use their Lighthouse 2.0 technology and an updated headset that offers a large resolution and refresh rate bump over HTC's Vive. These products are available both on their own or as a complete package, making the headset suitable for existing owners of HTC's Vive headset.

Now let's get started with headset specs, the Valve Index uses two 1440x1600 screens which support 80Hz, 90Hz, 120Hz and 144Hz (experimental) refresh rates, packing a design that is said to reduce the "screen door effect" significantly while offering a field of view that is 20% wider than the HTC Vive. The headset also has two front-facing cameras, SteamVR 2.0 sensors and requires USB 3.0 and DisplayPort 1.2 connections for power and display connectivity.

Built into the headset there are also two 37.5mm off-ear speakers, which are designed to deliver high-quality audio while ensuring long-term comfort. 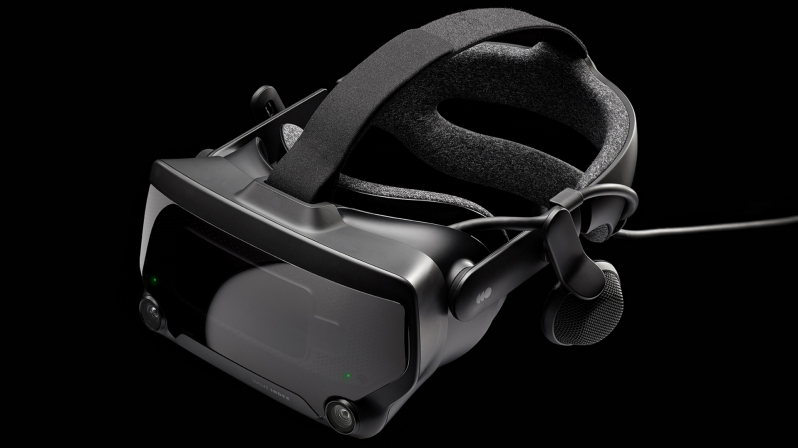 With the Index, Valve is targetting the high-end of the VR market, and as such the company is shipping their headset for £459.00 as a standalone product, though it is worth noting that the device requires VR controllers and base stations to function. Pre-orders will start on May 1st and Valve promises that early orders will ship before the end of June. 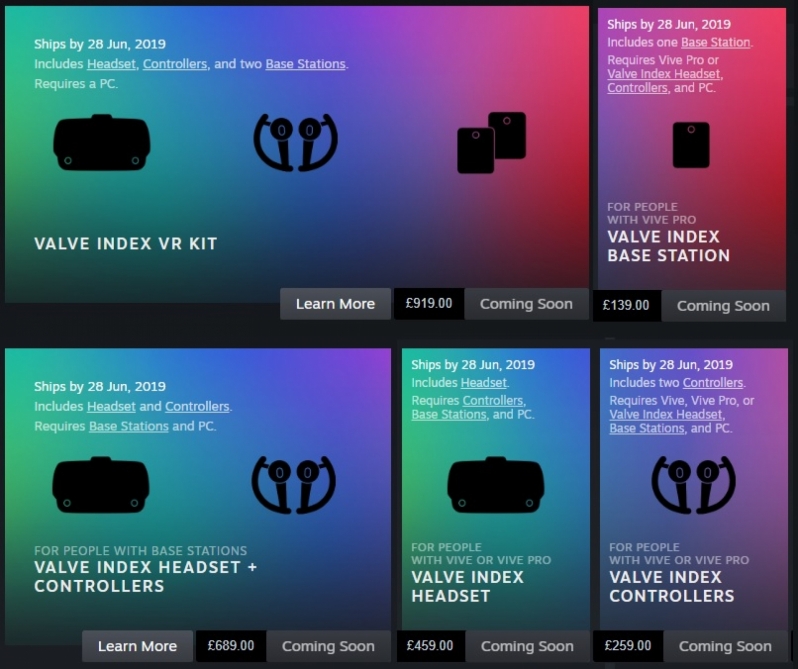 When compared to Oculus' Rift S headset, Valve's offering provides users with higher-end specifications and pricing to match. The Oculus Rift S will cost $399 in the US, which is less than the Valve Index headset alone, making it much more affordable for the mass market. Oculus' inside-out tracking will also make their headset easier to set up, while the Valve Index will require users to set up its comparatively complex base station 2.0 tracking system.

You can join the discussion on Valve's Index VR headset on the OC3D Forums.

Dicehunter
Yeah I'm gonna wait for the Rift 2, That price is just ludicrous.Quote

WYP
Quote:
Don't you mean the Rift S? They already announced that.

Digikid
Quote:
No...he said the Rift 2. The Rift S is NOT the Rift 2. He means the ACTUAL Rift successor.


You may want to read up in the Oculus Forums.Quote

Dicehunter
Quote:
Nope, The S is just a stop gap, The Rift 2 is coming out but it's a ways off.

tgrech
Maybe I'm missing something but why do these controllers cost £260? Because they can?Quote
Reply