Tul Corp's revenue has dropped by 60% since the mining slump

This drop is due to decreased sales for Radeon graphics cards

Tul Corp's revenue has dropped by 60% since the mining slump

Most PC gamers have not heard of the Tul Corporation, the company that operates the Powercolor gaming brand, one of the few graphics card providers that create Radeon-powered GPU exclusively.

Since the start of this year, the demand for graphics cards has decreased significantly, mostly thanks to reduced demand from cryptocurrency miners. This shift in the marker had lead to graphics card manufacturers having poor Q2 performance, at least when compared with the previous four quarters, when cryptocurrency mining demand was at its peak.

The Tul corporation has officially released their June 2018 sales data, revealing that the company's revenue has decreased by around 26.4% since May and that their total Q2 income has decreased by approximately 60% when compared to Q1.

While Tul's Q2 revenue remains higher than the same period from last year, it is likely that Powercolor's revenue will continue to decrease in Q3, as mining demand isn't expected to increase and AMD are unlikely to release a new generation of graphics hardware to push new hardware sales. 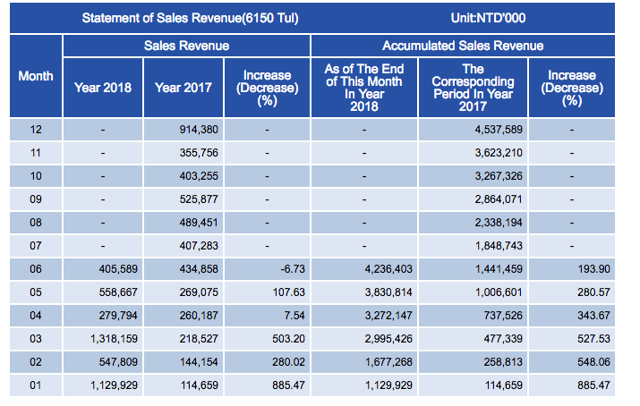 With Tul being an AMD/Radeon exclusive graphics card manufacturer, it is likely that other Radeon AIB partners are seeing similar reductions in revenue from their Radeon graphics cards lineups. Geforce graphics cards have also seen reduced sales figures in recent months, though their greater popularity amongst gamers has limited the impact of lowered mining demand, especially after prices normalised for most Nvidia products.

You can join the discussion on the Tul Corp's decreased revenues on the OC3D Forums.

NeverBackDown
Never understood why companies would subject themselves to a single company in a market that is held by 2 competitors. If the one you work for fails then so does your company. You should always maximize your amount of incomes and relying on AMD who has never been ahead in market share(at least in last decade) is just silly.Quote

Giggyolly
Quote:
Because the alternative implication would be having to work with Nvidia.. lol
I'm sure they have considered it, making aftermarket GPUs would be fairly standardised.

I imagine working Nvidia requires coming to an agreement, which in Powercolor's situation, would probably require getting rid of supplying AMD, and being low on the GPU allocation priority. ie not worth the effort.Quote

Warchild
Quote:
It probably is some Nvidia Limitation or intense requirement, I always wondered that given that last few years see very little to show for AMD on the GPU side, yet we have Powercolour, ASrock, Sapphire, HIS, Club 3D and XFX as Radeon only models

I guess it may come down to the amount of units they could promise to move.Quote
Reply