Last week, heatsink designs for Nvidia's RTX 30 series leaked onto the web, showcasing what Nvidia's next generation of Founders Edition graphics cards could look like.

According to sources from Igor's Lab, Nvidia has started to investigate these leaks, seemingly validating the authenticity of these designs, but now it looks like this RTX 3080 cooler design is one of many potential heatsink designs that Nvidia is considering for its RTX 30 series lineup.

Right now, Nvidia is reportedly testing two "competing solutions" which will act as their RTX 30 series reference heatsink design. These coolers are from two competing OEMs, both of which have supplied Nvidia in the past. These heatsink designs will be tested against each other to determine which delivers the best performance, is the most cost-effective and will remain durable over long-term use cases. The results of these tests will determine what Nvidia's RTX 30 series will look like. 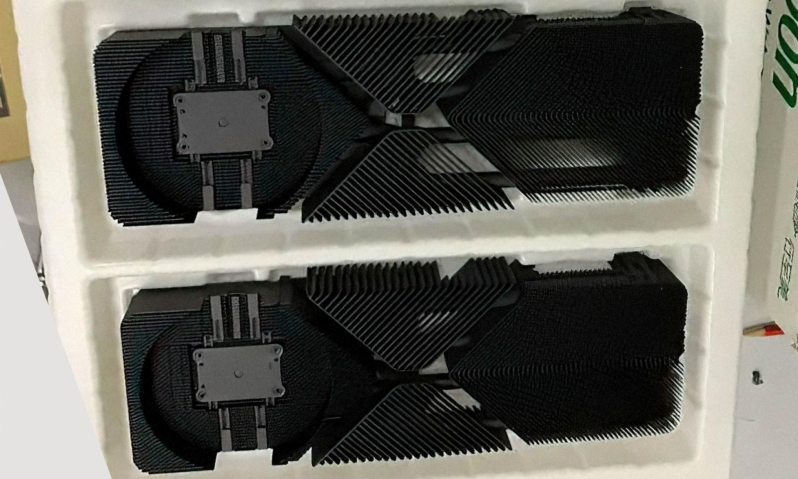 According to a timeline from Igor's Lab, Nvidia is in the process of design validation for its RTX 30 series products. This timeline suggests that a media launch for the RTX 30 series could happen as early as September, as mass production will likely start sometime in August.

This doesn't mean that the RTX 3000 series will hit retailers in September. The chart below is an estimation, not a leak. 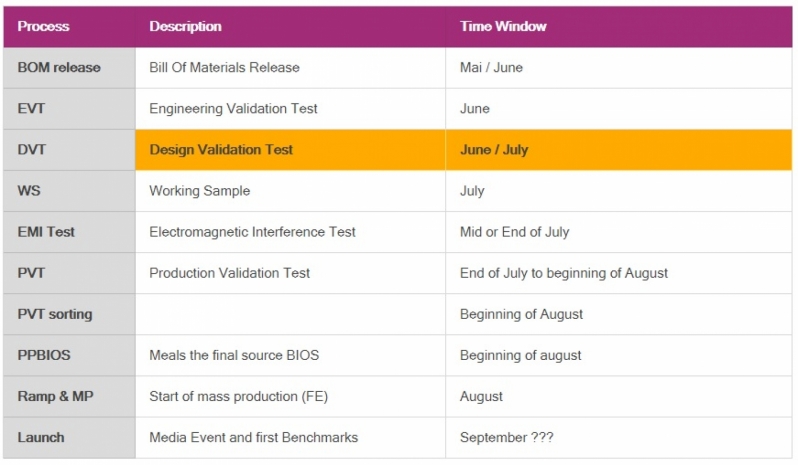 You can join the discussion on Nvidia's RTX 30 series on the OC3D Forums.

Bagpuss
I'd have thought they'd want these to be available for use with the Cyberpunk 2077 release, TBH.


..Seeing that run at 4K with all the Ray Tracing effects cranked up at good frame rates will be all that's needed for many people to lay down the cash.


Nvidia will want to rake in the cash from Founders Edition sales in Q4 2020.

Warchild
Quote:
not having AIB available is less profit for Nvidia. Can guarantee their FE cards are already sold to every manufacturer wanting to box them up. Nvidia don't make their cards. Its still outsourced. They don't want to sell you cards directly because margins are so low. Part of the reason you only get to buy 2 cards from their website. Has nothing to do with miners. The margin is far lower than selling the chips to 3rd parties like ASUS/EVGA etc.

Its Ngreedia after all, owning a manufacturing plant is expensive so palming off all those costs elsewhere is win win for them.

Times are changing of course,Quote

Avet
I am not worried about them. They will sell every flagship card the moment they come to the market.Quote

NeverBackDown
So rumour has it the reason the fans are on opposite sides of the PCB is that Nvidia is sort of doing a 2.5D stack in that the normal core is on the normal side and the co processor for RT/AI is directly behind it.

If this is the case it's quite a drastic and I can see why Nvidia are mad someone leaked it.Quote

tgrech
Besides the fact that 2nd fan wouldn't provide any meaningful additional cooling to the backplate, the penalties, both cost and performance wise, of physically separating the RT and AI cores, would far outweigh any gains. You'd cap the bandwidth between the shader units and the RT units to a fraction of what's possible currently and orders of magnitudes off what AMD's hybrid RT architecture will allow. All the research and software on the RT side of things indicates both the performance gains and the cost reductions have to come from further integration with the traditional shader units, particularly with regards to their cache and memory access, to negate the silicon penalty as AMD have shown is possible with their 2017 patents, so that much more of the silicon can be usable for both traditional and RT perf.

Imo, if this were true, it would be both a step back in terms of being incredibly limiting for programmers, and a huge pain in the a' to implement something with performance characteristics so wildly different(And in many cases, it would have to be objectively worse, because of how bandwidth and latency sensitive these workloads are) from the consoles/AMD.Quote
Reply