During their Financial Analyst Day, AMD revealed their CPU/GPU roadmaps until Zen 4 and RDNA 3 and discussed their upcoming RDNA 2 architecture in-depth.

Outside of the event, AMD's Scott Herkelman took to Reddit and confirmed that AMD's next-generation graphics cards wouldn't feature blower fan reference designs for gamers. This makes it likely that the teased design above will become the basis for AMD's future reference graphics card models.

Below is exactly what AMD's Scott Herkelman said;

Note that Herkelman has stated that these non-blower reference designs are "for gamers". It is likely that AMD will also create reference-blower cooler designs for its future professional-grade graphics cards, as expelling heat outside of a PC enclosure remains a useful option for many end-users. 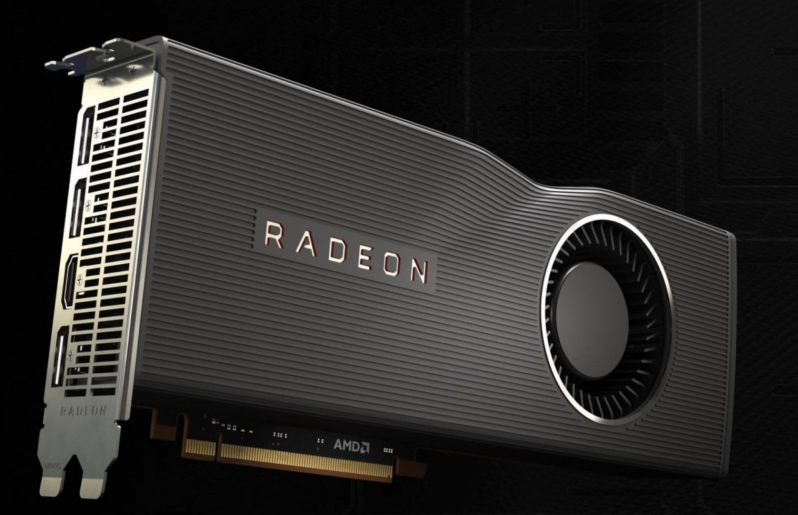 With this change in strategy, AMD's future reference design graphics cards should receive a more favourable reception from both gamers and reviewers. That said, blower-style fans will still be in demand for users of some compact cases and other niche use cases.

While this change is a positive one for the majority of gamers, it will be a negative change for some end users. That said, AMD's AIB partners still have the option to create blower-fan cooled GPU models if they desire.

You can join the discussion on AMD moving to non-blower coolers for its next-generation reference designs on the OC3D Forums.

g0ggles1994
I just hope that AIB partners can have their own models ready on day one too.Quote

AlienALX
If that render is real it kinda looks like RTX a bit.

Finally though. Maybe now we won't even need AIB models.Quote

RobM
about time blowers were consigned to the binQuote

Bartacus
Quote:
Indeed, either put out to pasture or actually improved to the point where they could be effective without sounding like my Dyson vacuum!Quote

AlienALX
Yeah I will third that. However, I think the reason Vega was bought out with a blower was because the FE were blower and not intended for gaming PCs. More servers with the masses of dangerous fans in them.

I'm so glad AMD are separating their CDNA from RDNA. This will make it much better for gamers. We won't get rebranded server gear. Yay !Quote
Reply