Not bad, especially when you factor in AMD's 3-Game Bundle

Today marks the launch of AMD's Radeon VII (Seven) graphics card, which means that now we finally know how much the graphics card will cost outside of the US.

After looking at several major UK retailer, we have found that the majority of Radeon VII graphics cards cost £649.99, with some retailers selling stock for £699.99 or even for as much as £799.99. Given the fact that AMD's Radeon VII has had a reference-only launch, which means that all GPU models utilise the same AMD designed cooler, our advice is for consumers to purchase the £649.99 models. 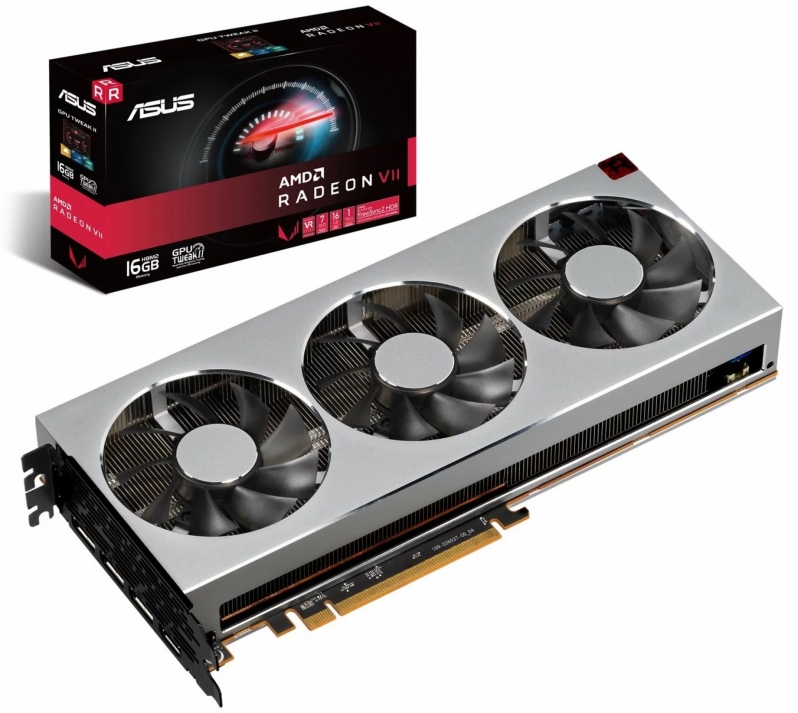 AMD's Radeon VII graphics cards are available in the UK from a variety of retailers, including Overclockers UK, Scan UK and eBuyer. All of which currently have £649.99 models available.

If you are interested in the performance of AMD's Radeon VII, please read our full review for the graphics card here.

You can join the discussion on AMD's Radeon VII graphics card costing £649.99 in the UK on the OC3D Forums.

Dicehunter
They should have a version that comes with no games and costs £599, £649 is too much for something that is only marginally faster than a Vega 64.Quote

tgrech
I guess they're relying on other niches too, until now the fastest single card consumer GPU you could buy for double precision compute performance was still the HD7990, making this a no brainer for DP workloads that don't need all the other expensive features of enterprise cards, and the only cards you can get with 16GB frame buffer for the workloads that can use it(Probably not a coincident that they're similar sets of workloads) until now are above the £1000 range too.

Might be an RTX2080 competitor in gaming but it seems much better positioned against the Quadro cards with many prosumer, scientific & content creation workloads.Quote

Giggyolly
Quote:
That's actually not a bad shout, VII would be a good buy at £599...Quote
Reply