How fast is Nvidia's RTX 20 series?

Today, what we have is leaked performance data that comes via Final Fantasy XV's benchmarking website, which showcased the performance if Nvidia's next-generation offerings when compared to Nvidia's existing graphics card lineup. Here we can see that Nvidia's RTX 2080 offering higher performance levels than the company's Geforce 1080 Ti, delivering similar performance numbers to a Titan Xp. 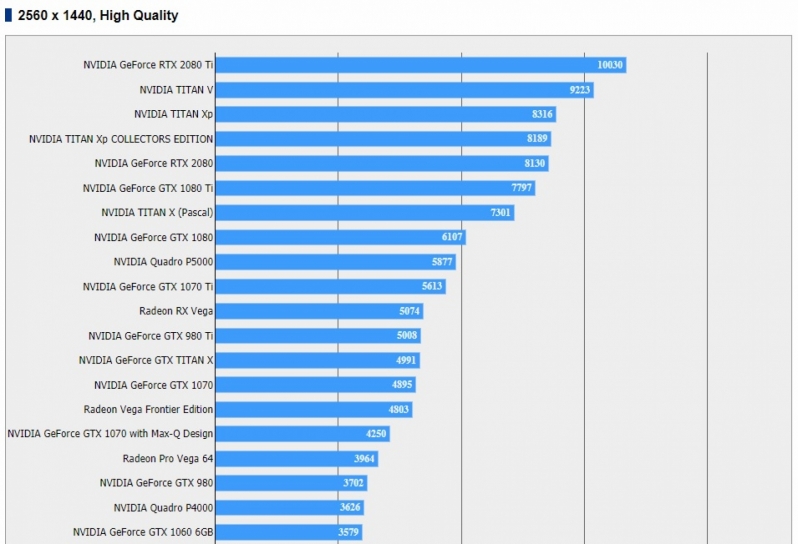 Final Fantasy XV is a Nvidia partnered title, one which is set to offer support for DLSS in the near future. It is likely that the game's developers already have access to Turing hardware, as otherwise they would be unable to implement support for DLSS. Nvidia's Deep Learning Super Sampling (DLSS) technology is expected to provide Turing users with a 30-40% performance boost while offering similar levels of graphical fidelity to a native resolution image with TAA.

You can join the discussion on RTX 2080 and RTX 2080 Ti Benchmarking data appearing on the Final Fantasy XV website on the OC3D Forums.

Special thanks to DiceHunter for the tip.

elrasho
Safe to say this is the most authentic benchmark we have to date. Good to see the 2080 being faster than a 1080ti, if the 1080ti doesn't come down in price then I'd say its worth fgettining a 2080Quote

Warchild
Interesting if you look at the jump in score from