SPUD, the projector/display hybrid to serve your portable work and gaming needs

SPUD, the projector/display hybrid to serve your portable needs

SPUD, the projector/display hybrid to serve your portable needs

Have you ever been working offsite and despaired at your laptop's lack of a second screen? Wanted to play a movie while camping or a presentation at an event without the need to bring with you a large, power hungry display or a projector?
Today a new portable display has hit Kickstarter, a device named the SPUD which offers its users a 24-inch portable screen which can be compacted down to the size of a book and can run using its internal battery for between 4-10 hours or indefinitely on USB or mains power.
This display weights in at  just under 0.9Kg, making this display ideal for a portable secondary display for work and pretty much any other scenario where a portable display may be required.

This display can be used with any HDMI device, be it a laptop, phone, console or tablet, with the only downside of the device being the display's 720p display and brightness limit of 785nits.
On the gaming side, this display is said to have a 1ms response time, with a maximum refresh rate of 120Hz, making this suitable as a portable gaming display provided the user is willing to play at a sub-1080p resolution.
The developers of this display, Arovia, decided to limit the display to 720p in order to keep the device's cost and weight at manageable levels. This makes sense given how many portable projectors run at resolutions of 480p, making the SPUD seem well balanced when considered as a low-cost projector. 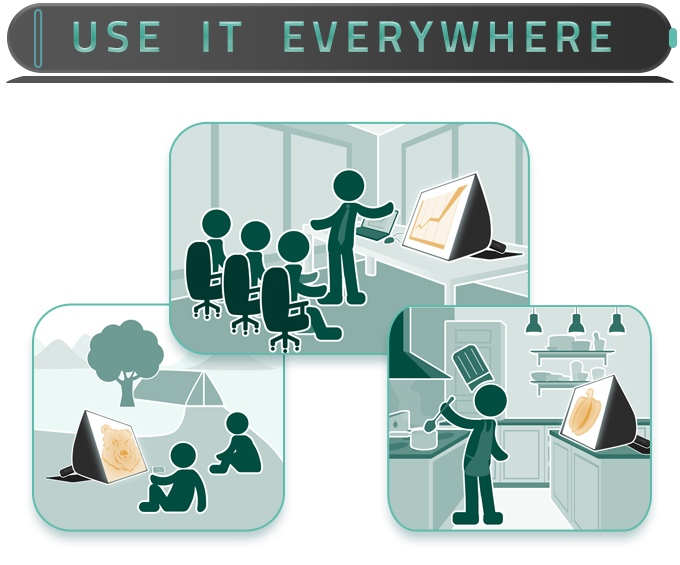 The SPUD has already reached a lot of the device's stretch goals, now coming with built-in stereo speakers, a larger internal battery and new colour options.

Right now the SPUD is available on Kickstarter for $389, with production planned for May 2017 with a shipment date in June 2017 for backers. 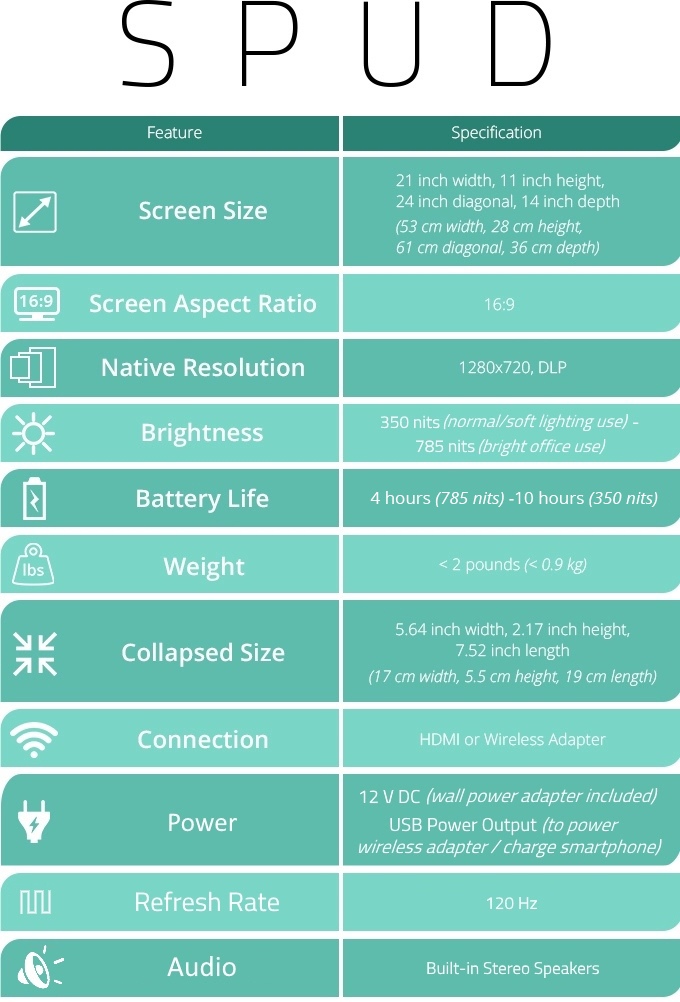 The SPUD is an idea which has the capacity to transform how people work outside of their office, allowing laptop users to easily use and carry a secondary display for quick and easy use when on the go.

Right now the SPUD already has been fully funded, earning almost 20x their original goal of $33,000.

You can join the discussion on the Spontaneous Pop-up Display (SPUD) on the OC3D Forums.