AMD has claimed that their Navi/RDNA graphics architecture offers a 25% increase in IPC over the company's last-generation offerings, which when combined with higher core clock speeds will deliver gamers greater than 25% performance improvements in gaming performance per stream processor, which is an incredible generation over generation performance leap.

Videocardz has also reported that AMD is offering its users an improved video encoder/decoder with Navi as well as a new multilevel cache structure, improved delta colour compression (to deliver more effective memory bandwidth) and increased compute efficiency for a diverse selection of gaming and computational workloads. 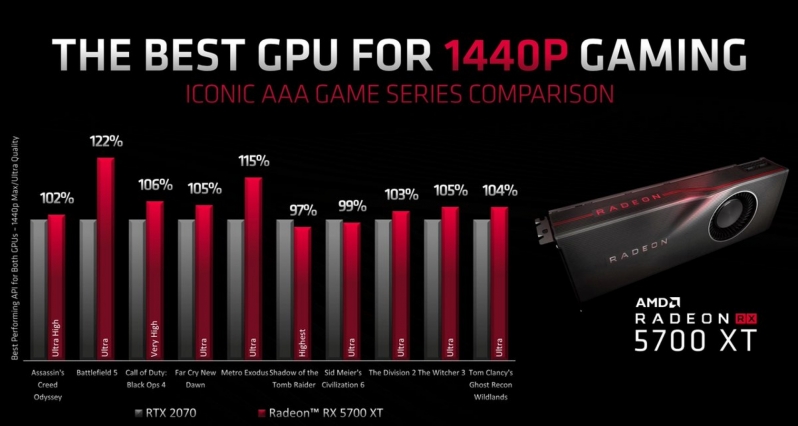 All that's unknown about AMD's Navi series of graphics cards right now is their pricing, which will prove to be a critical factor as Navi approaches its launch this July.

You can join the discussion on AMD's Radeon Navi RX 5700 XT and RX 5700 graphics cards on the OC3D Forums.

AlienALX
So if this is Polaris shrunk it should be cheap surely?

Makes no sense. I don't get people's stupidity these days with tech.Quote

WYP
Quote:
It really depends on if this current iteration of Navi features Ray Tracing, if it doesn't they need to be a lot cheaper to be seen as offering good value. Similar pricing to NV but without Ray tracing won't cut it.

We will learn a lot on AMD's Horizon Gaming stream.Quote

NeverBackDown
Quote:
I get that, but people seem to be expecting super cheap cards. Not sure why.

It's not even like the RT or AI stuff is worth it, it's useless for at least 1 more year.

But still, people need to realize the price/performance, not the features/price. The features from Nvidia are not much to write about now.Quote
Reply