Thanks to new information from AMD's ROCm code, as discovered by @Kepler_L2 on Twitter, we now know the CU counts of AMD's planned Navi 32 and Navi 33 GPU cores, giving us a glimpse at AMD's lower-end Radeon RX 7000 series GPU models.

With 60 CUs, AMD's Navi 32 silicon will offer users 3840 stream processors, which is the same CU/SP count as AMD's Radeon RX 6800. Navi 32 will feature the same RDNA 2 enhancements as AMD's RX 7900 XTX, and is expected to have a 256-bit memory bus that uses four memory die chiplets. If these specifications prove to be legitimate, AMD's Navi 32 GPUs will be able to support 16GB of GDDR6 memory.

AMD's Navi 33 GPU design has 32 CUs and 2048 stream processors, which is the same as the Navi 23 Silicon that was used to create AMD's Radeon RX 6600 XT. With the benefits of AMD's RDNA 3 graphics architecture and clock speeds that are expected to be higher than its RDNA 2 counterpart, AMD's Navi 33 graphics chip should be able to deliver impressive levels of GPU performance at a moderate cost. 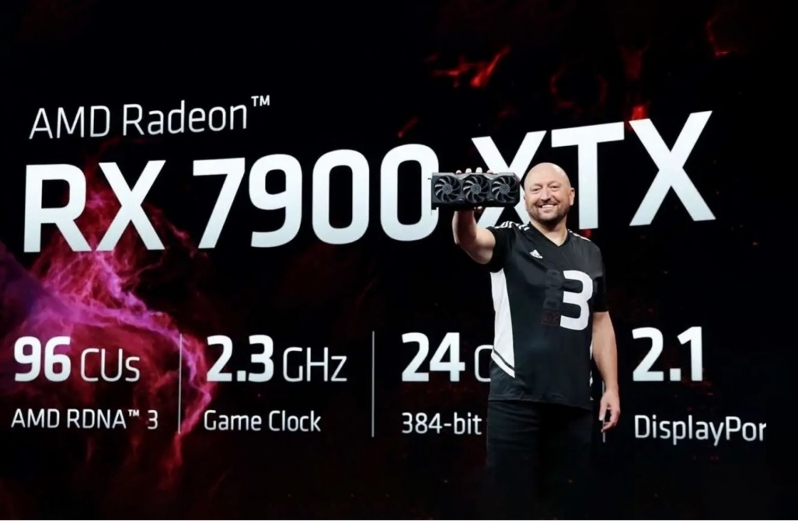 With AMD's RX 7900 XTX delivering a huge performance improvement over AMD's RX 6950 XT, we expect to continue seeing significant performance gains from the remainder of AMD's Radeon RX 7000 series GPU lineup. If AMD prices their graphics cards correctly and continues to deliver impressive performance improvements, RDNA 3 could prove to be a major turning point for AMD, especially if Nvidia's pricing remains as it is.

You can join the discussion on AMDs Navi 32 and Navi 33 specifications leaks on the OC3D Forums.

AlienALX
Quote:
Yeah man I agree I am over this BS of releasing flagships 6 months before the real cards.Quote

AngryGoldfish
Quote:
It's fun watching the e-peen cards get released, but that's all it is for most people; a topic of conversation and interest. So few can actually afford them.Quote

AlienALX
Quote:
If one of them flipped direction and gave people what they wanted straight away I bet they would sell much better.

Too much focus on the cards people don't buy tbh.Quote
Reply