Will Ampere be a big leap over Turing?

Nvidia's RTX series graphics cards have been with us since Q3 2018, making it likely that 2020 will see the release of a Turing successor and the start of Nvidia's next-generation product stack.

Specifications for Nvidia's rumoured Ampere series graphics cards have leaked over at mydrivers, listing the core and memory specifications of the green team's GA103 and GA104 core designs. These core designs are likely to make up Nvidia's RTX 3080 and RTX 3070 respectively.

GA103 can be seen as a midway point between Nvidia's RTX 2080 Ti and RTX 2080 Super, offering users 10 GB of VRAM over a 320-bit memory bus and up to 3480 CUDA cores. With this 320-bit memory bus, 20GB of VRAM could also be offered, but such a high allotment of VRAM would only be suitable for Nvidia's Quadro series graphics cards.

Both GA103 and GA104 are said to be 7nm products, though the source of this rumour doesn't know if these parts are sourced from TSMC or Samsung.

Strangely, Nvidia's previous core names typically use an even-numbered naming scheme, making GA103 a strange choice. MyDrivers also states that there will definitely be a GA102 chip, a part which will likely be used to make Nvidia's next RTX Titan and their RTX 3080 Ti. 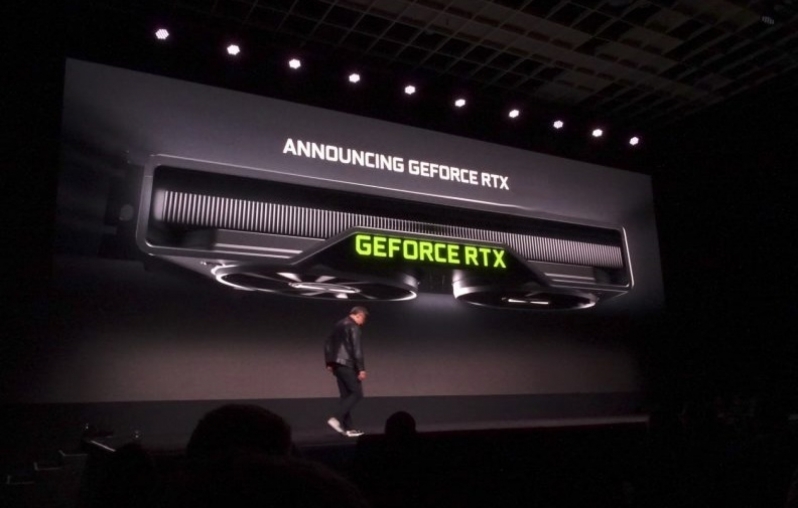 You can join the discussion on Nvidia's rumoured RTX 3080 and RTX 3070 graphics cards on the OC3D Forums.

Still if the leak is factual then at least were getting closer to some more solid info from nvidia themselves they tend to be very tight lipped so hearing anything is interesting.

I'm also looking forward to details from AMD as well not ruling them out as an option I feel they will have something worth while coming.

But if the new nvidia cards just slot between like new super versions in terms of performance then the current cards are still worth while it would then come down to how much raytracing tensor cores are also being added on top.

Even with so few details it might only be a 30% bump over the current cards so the price tbh is the biggest deciding factor.Quote

AngryGoldfish
2020 looks to be the year for gaming hardware. If Ampere rumours are even remotely true, it's going to be a huge uplift in performance. Those specs alone suggest massive leaps forward. I think Nvidia will stick to the same pricing though, $600 for the 3070 and $800 for the 3080. It's absurd, but that is actually a performance-per-dollar uplift over Turing, as sad as that is. Nvidia really played it well. They set themselves up for a huge win. They had the opportunity to crank the prices and get away with it. Now they can continue that trend but act the hero by upping performance dramatically.Quote

Damien c
Quote:
Graphics card prices have been going up for years.


I remember dropping £1100 within 5 minutes of watching the OC3D review of the GTX980Ti and I bought 2 of them.


The problem is no competition means nVidia can get away with pricing high and people who want/need the performance will have to pay for it because who else can they go with, not AMD or Intel because they have nothing in the same performance range.Quote
Reply