Is the production of GDDR6 delaying the next generation of GPU hardware?

At GTC 2018 sources close to SK Hynix have reportedly confirmed that the company's GDDR6 memory is set to start mass production in three months, leading to expectations that Nvidia's next-generation of consumer GPUs will release after this timeframe.

This theory assumes that SK Hynix will be a lunch day provider of GDDR6 memory for Nvidia's next-generation hardware, discounting the possibility that GDDR6 memory providers like Samsung and Micron may have enough GDDR6 memory prepared before this date.

Gamers Nexus has stated that we should expect Nvidia to use GDDR6 on most, if not all, of their next generation GPU lineup, which makes a lot of sense given the new memory standard's low power characteristics and sheer throughput. In theory, low-end GPUs could be made with fewer GDDR chips and achieve the same levels of bandwidth as a GDDR5 variant, cutting down the size of the GPU memory controller required for low-mid-range products. 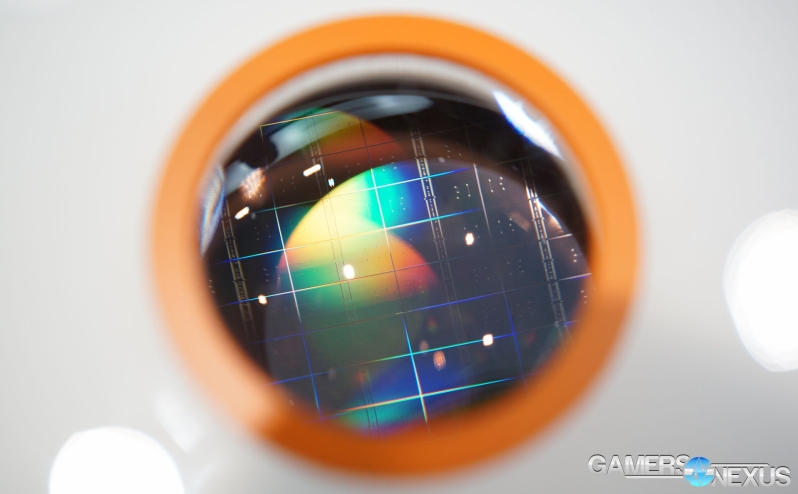 SK Hynix's GDDR6 memory is expected to run at 16Gb/s and come with capacities of 8Gb and 16Gb and use a 180 point BGA, offering a massive increase in size and speed over GDDR5, which typically runs at 8Gb/s with a maximum capacity of 8Gb on a 170 point BGA. A single 16Gb GDDR6 chip can offer the performance and speed of two GDDR5 chips with lower levels of power consumption.

GDDR6 memory is expected to be 20% more expensive to produce than GDDR5, though this will improve with time as production ramps up and yields improve.

You can join the discussion on SK Hynix' GDDR6 production schedule on the OC3D Forums.

NeverBackDown
With double the capacity hopefully cards get shorter overall so it's easier to fit more powerful hardware in smaller ITX cases.Quote

WYP
Quote:
Well, in the high-end bandwidth is more important than capacity right now. As I said a single 16Gb/s GDDR6 chip can replace 2 8Gb/s GDDR5 chips, but in the high-end we need to replace GDDR5X.

AlienALX
It now looks like Nvidia are going to wait on this. Well, they probably have some for testing purposes and etc but I mean they will now wait until this is in supply before releasing their next gen.

Whilst I was clearly wrong (sorta, kinda.. They *did* release a new GPU after all...) I don't mind. It just makes my card more valuable for longer. Never know, I might even make it to one year of ownership (June) and it still be worth what I paid.

Jen seemed obsessed with bandwidth though during his speech, so yeah I would bet they are going to use this stuff.Quote

RobM
3 month s is not far away in the grand scheme.Quote
Reply