Sharp reveals their first 8K TV, which will start shipping later this year

Sharp reveals their first 8K TV, which will start shipping later this year

Sharp has officially revealed their first 8K TV, the 70-inch LC-70X500, offering HDR support with 79% coverage of the Rec.2020 colour scheme and local dimming for enhanced contrast/brightness control.
This TV is set to be released in China in October, in Japan in December, Taiwan in February 2018 and in March 2018 in Europe. The TV has will cost around $73,000 USD.
Today is early days for 8K as a standard, with 4K content only now becoming available to consumers on online streaming services and in physical mediums. This means that 8K content is not expected to become common for several years, especially given the storage/bandwidth requirements or storing or streaming such high-resolution content. 4K has already proven difficult in this regard, with the 4X resolution increase of 8K making things even more problematic. 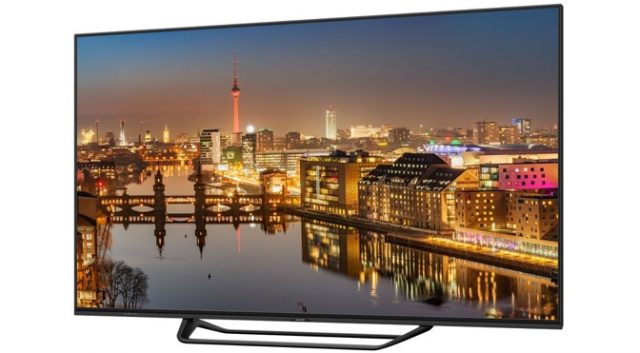 While 8K resolutions are technically "consumer ready", it is going to take a long time for both content creators and broadcasters to be ready to utilise the technology. Today 4K TVs are only starting to gain traction in the market and HDR content is only starting to be produced widely, simply put, the world is not ready for 8K consumer televisions.

You can join the discussion on Sharp's LC-70X500 8K television on the OC3D Forums.

The_Governour
Why??? 4k is not even the norm yet. Not enough true content.....Quote

NeverBackDown
Mine as well be the first to market and give it a premium price. Even if they sold 1000 worldwide it would cover a lot of the cost just because of it's price tag.

We really do not need 8k though.Quote