As part of a new video teaser, Sapphire has started to tease "what's coming next" from the company, a custom Radeon RX 7900 XT/XTX design that will launch with under the company's Nitro brand.

Sadly, Sapphire has not showcased their new RX 7900 Nitro series GPUs in detail, but based on what we have seen, it looks like Sapphire's RX 7900 XT design will feature a triple-fan heatsink design, new fan blade designs, and an RGB illuminated exterior. Their RX 7900 Nitro series GPU also appears to have a design that is more plain than its RX 6000 series counterparts.

In the image below, you can see that Sapphire's new GPU design features two fans that spin anti-clockwise and a central fan that spins clock-wise. This fan layout has been used by multiple GPU manufacturers in the past, but represents a major change for Sapphire over its RX 6000 series graphics cards. 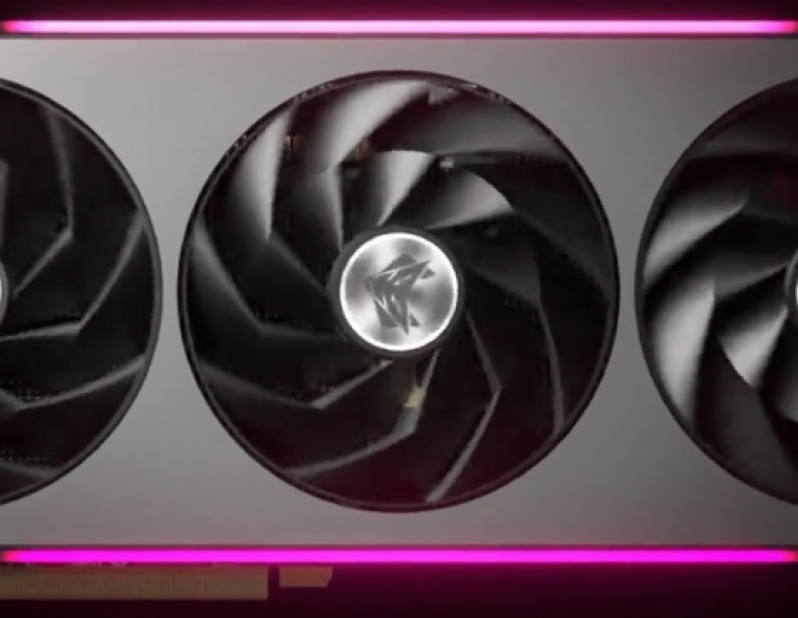 Over the next few weeks, we expect Sapphire to showcase their RX 7900 XT/XTX Nitro graphics cards in more detail. Currently, AMD plans to launch their Radeon RX 7900 XT and XTX graphics cards on December 15th.

You can join the discussion on Sapphire's Radeon RX 7900 XT/XTX Nitro graphics card on the OC3D Forums.

dazbobaby
I'm curious, do AMD GPU's have video/screen capture like Nvidia GPU's do?
Do they also do encoding through handbrake?


Sorry for being dumb, I haven't used an AMD GPU since the ATI Rage 128!Quote

AlienALX
Quote:
Screen capture and recording? game bar dude. IDK about AMD, but when I am capturing PUBG footage I use it.