Sapphire has officially confirmed the existence of their RX Vega 56 Pulse graphics card, a GPU that will offer performance that sits somewhere in-between AMD's reference RX Vega 56 and Sapphire's custom RX Vega 56 Nitro+, which comes with a huge factory overclock.

On their official Facebook page, the company has stated that this new graphics card will release on February 12th, delivering to consumers a new custom RX Vega offering. While this unit seems to be designed to offer a lower price than their Nitro+ variants, it is unlikely that this graphics card will be by any means affordable, as the recent mining boom has seen almost all modern GPUs increase in cost significantly.

Previous leaks of the RX Vega 56 Pulse have listed the specifications below, at this time it is unknown whether or not these specs are 100% accurate. The RX Vega 56 Pulse appears to be a low-cost alternative to Sapphire's RX Vega 56 Nitro variant, making this GPU's relatively moderate overclock appear legitimate. 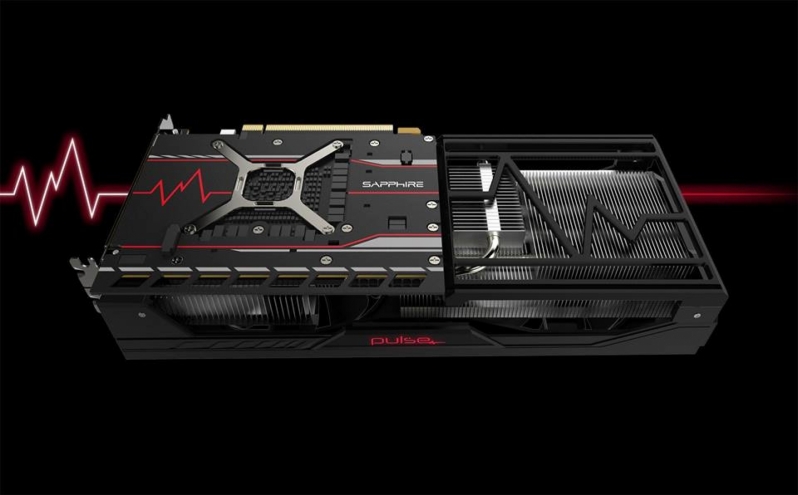 Retail listings of this graphics card showcase a dual fan design with a 2x8-pin power requirement, making this unit very similar to Gigabyte's RX Vega Windforce 2X series, though Sapphire's model features a shorter PCB to allow some of the GPU's heatsink to have less airflow restriction.

You can join the discussion on Sapphire's RX Vega 56 Pulse on the OC3D Forums.

RobM
no doubt at gouged pricesQuote

Piskeante
that's not absolutely true. Those vega gpu are very power hungry, not very efficient to some extent and not too much profit over RX 580's so , undoubtely it will be sold out, but i don't think pro-miners will go and get this card.

Price to performance value is not that great.Quote

cj09bruno
Quote:
it really depends on what you are mining, for example mining eletroneum with a vega cards gives you exactly 2 times the perf.
because miners aren't stupid and config their cards power isn't too high, as the main reason for the power is a stock voltage being too high.Quote

Dawelio
So is mining the cause for all of the massive price rises in hardware lately? GPUs, memory etc?...Quote
Reply