Sapphire is preparing to release one of its next Radeon Navi series graphics card, bringing AMD's RX 5700 series to new heights with a new high-end model called the Nitro+.

With this new graphics card, Sapphire plans to offer users a larger cooler than its dual-fan Radeon RX 5700/5700 XT Pulse, offering users an extended triple-fan cooler with their Nitro +. Judging from the images below, which come via Amazon France, Sapphire's Nitro+ ship with a cooler design that includes a backplate. We can also see that the heatsink extends beyond the GPU's PCB and offers users an "alternate spinning" fan design. 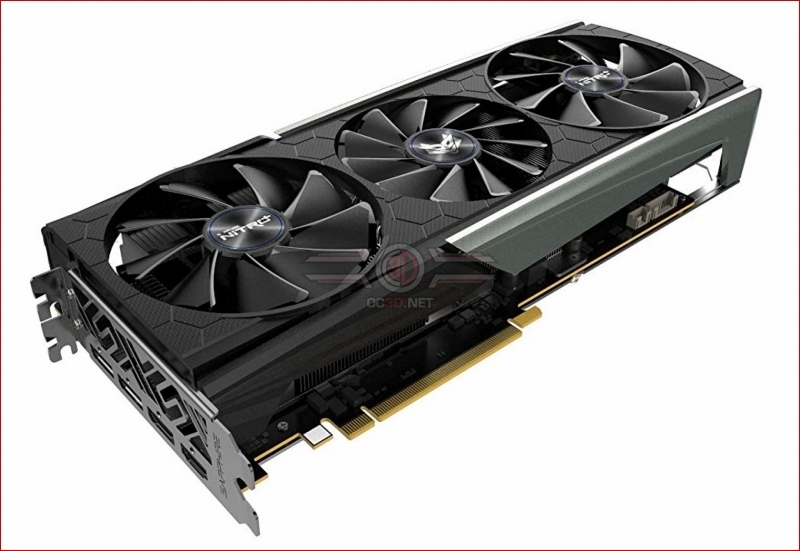 You can join the discussion on Sapphire's RX 5700 XT Nitro+ graphics card on the OC3D Forums.

looz
Do Navi cards still have the bug where they consume up to 65W on idle?Quote

g0ggles1994
I like that very much. Best looking card if you don't want one as big as the XFX THICCQuote

Piskeante
In Spain you can buy the blower card for 400. 439 the pulse and 479 for the nitro+. So sapphire (and other builders) are charging almost 80 for the custom cooling. Are you f*cking kidding???And if you go to ASUS Strix , in my country is 550, so 150 for a custom cooling.

AlienALX
You could get a block for that much tbh.Quote