If only this were an affordable alternative to the Nitro+...

Images of a second custom RX Vega 56 graphics card have been released by the German retailer Alternate.de, showcasing a custom RX Vega 56 design that has not been listed on Sapphire's website at the time of writing. Meet the RX Vega 56 Pulse!

This custom Vega design comes with both custom PCB and cooler designs, removing the RGB illumination and other advanced features included in the Nitro+ to deliver a more affordable price point. The RX Vega 56 offers a shorter PCB design and a dual fan cooler to achieve clock speeds that are higher than AMD's reference models, though Sapphire's Nitro+ models will provide a performance lead overall.

The Vega 56 Pulse is powered by dual 8-pin PCIe power connections, making this design very similar to AMD's reference RX Vega 56, albeit with a shorter PCB design and a custom cooling solution. 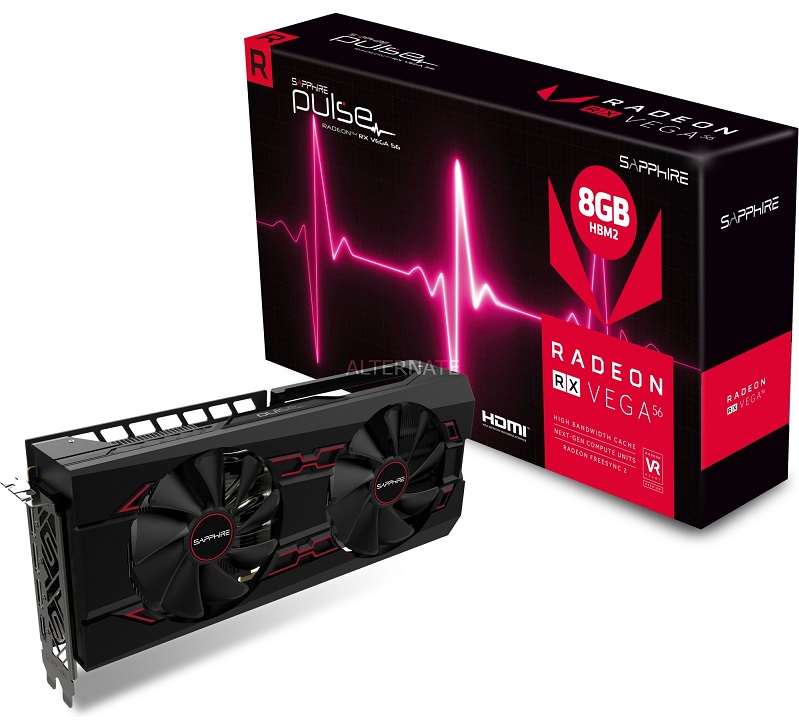 Looking at the specification of this new GPU model we can see that Sapphire has decided to keep the RX Vega 56's HBM2 memory clock speeds untouched, which is the same as what Sapphire did with their higher-end Nitro+ model. It is likely that AMD has prevented AIBs from overclocking the HBM2 memory on their GPUs.

At this time it is unknown if Sapphire has plans to release an RX Vega 64 Pulse series GPU. 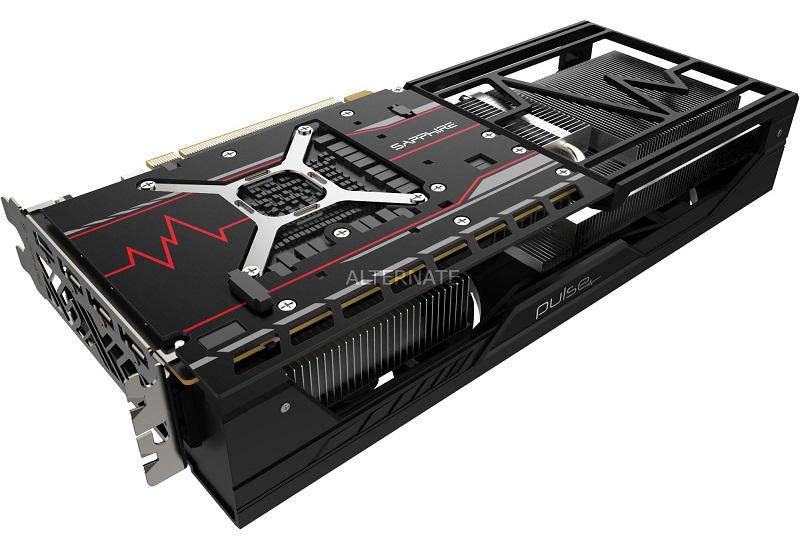 You can join the discussion on Sapphire's RX Vega 56 Pulse graphics card on the OC3D Forums.

BigDaddyKong
Quote:
That's going to be because of the retailer. It should be cheaper than the Nitro model at least. But with everything sold out, it's hard to tell what's going to happen.Quote

AlienALX
Quote:
It's easy to tell what will happen.

RobM
That is one seriously nice looking cardQuote
Reply