The product will be shown at Computex 2019

While speaking at a Chinese press event, a Sapphire representative has released a lot of information about AMD's upcoming Navi series of graphics cards, confirming that two SKUs will release to compete with Nvidia's RTX 2060 and RTX 2070 respectively for $399 and $499.

In the interview, the Sapphire representative stated that Navi would not support Ray Tracing at a hardware level, placing Navi at a disadvantage to Nvidia's RTX series, though the rep also stated that the Navi is "stronger than the 2070".

Reports have claimed that the Sapphire representative confirmed that ray tracing silicon will be added to "next year's new architecture," while suggesting that Navi will not be scaled up to replace the Radeon VII. This claim alleges that the long-running rumours of "big Navi" are false.

Sapphire also confirmed that several custom designs for Navi are in the works, including a "Toxic" variant, which is said to be water cooled. 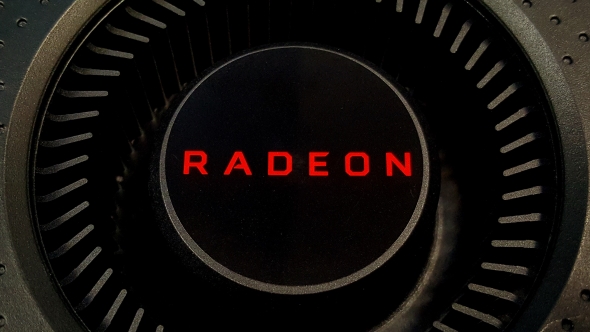 This information comes from Zhihu, from a post that has since been taken offline. Given the information contained within the post, it is likely that Sapphire and/or AMD requested that the content be removed from the website.

If this information is true, we will have to wait for another hardware generation before we see ray tracing within AMD's graphics card lineup, though it also sets a clear reveal date for Navi on May 27th, the same day as AMD's Computex 2019 keynote. An official release date of July 7th was also mentioned.

You can join the discussion on the Sapphire product manager who spilt the beans on Radeon Navi on the OC3D Forums.

AlienALX
Why do I get a feeling Navi is just a shrunken 390/X? Rather than a new gen?

I already know it's going to be hot and use loads of power too, given how far behind they are.Quote

Dicehunter
Good to know the R7 will remain their top card for the time being, Gives those of us who bought it a little longer before it's replaced

TBH, what AMD needs is a "Maxwell moment", an architecture which (like Maxwell) dramatically increases their performance/watt and opens the door to better mobile performance.

Nvidia's focus on mobile may not have gotten them many design wins in the phone/tablet market, well... I guess they got the Switch eventually, but the work did yeild them with a more power efficient architecture than Radeon, something that has placed AMD on the back foot ever since.Quote

AlienALX
So it replaces the 56 and 64 almost to a tee, runs on inferior memory (without double checking the exact speeds) costs less to make and costs more.

AlienALX
Quote:
Apols if this is a two poster as I'm on phone. No RT, looks like it's on GCN still and no HBM is what makes me think it's not a new gen.

Any performance per watt etc will go up in smoke because they are behind. So we already know that just to get near NVIDIA they are going to have to clock balls meaning there won't be anything left in it for us. If you were in doubt look at the power connectors we saw on the PCB leak.