Samsung has unveiled their CH711 Curved 1440p Quantum Dot display, which will come in 27--inch and 31.5" variants and covers 125% of the sRGB colour space.
Sadly, Samsung has not revealed this display's refresh rate or listed any support for FreeSync or G-Sync. Samsung's other recent Quantum Dot Gaming displays, the 144Hz 1080p CFG70 and the 100Hz 3440x1440 CF791 both support FreeSync and high refresh rates, leaving many to expect that the CH711 will offer similar support.
These displays will all be on show at CES 2017, offering ultra-fast 1ms response times and support for a wide colour gamut, making these displays suitable for gamers and professionals alike. With their Quantum Dot displays, Samsung are offering faster response times than traditional IPS or PLS displays while offering superior colour reproduction, making Quantum Dot displays perfect for most situations. 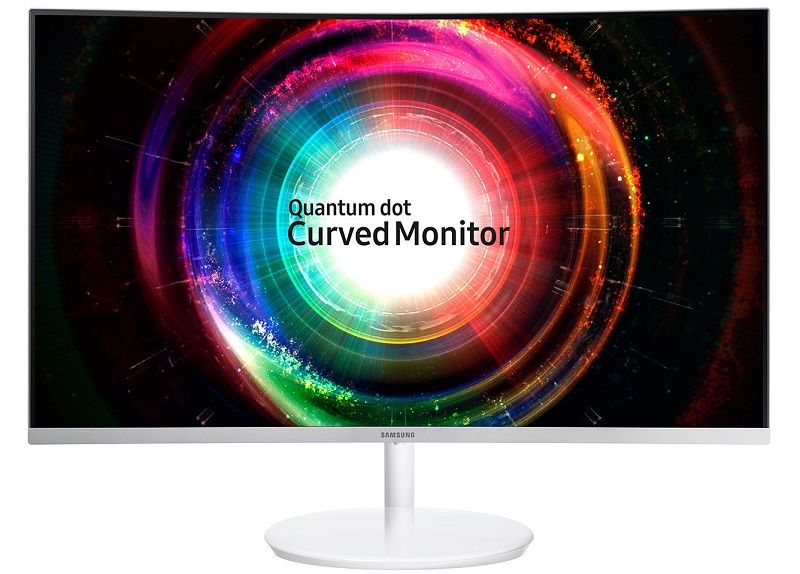 At CES Samsung will also be showcasing their 28-inch UH750 4K Quantum Dot display and 23.8 and 27-inch version of their CH711 Quantum Dot displays. These will be exhibited at Samsung's Electronics booth at CES Las Vegas, which will be booth #15006 at the Las Vegas Convention Center.

You can join the discussion on Samsung's CH711 Curved 1440p Quantum Dot display on the OC3D Forums.

NeverBackDown
Very intrigued. My display is starting to develop blue line's. Will be watching closelyQuote

Aussiejuggalo
Looking good, however what I'm wondering is will they have Vesa mounts? the CF791 & CFG70 monitors they released didn't Vesa and they have massively bulky and to be honest ugly stands.Quote

RobM
Quote:
I thought vesa mount was a standard thing these daysQuote

Aussiejuggalo
Quote:
Just did a little digging and it seems like I was wrong they do have wall mounts with attachable plates, had to check the manual but yes it seems like the CFG70 & CF791 have wall mounts, the CFG70 has it's hidden behind the round plastic at the back, the CF791 has a bracket that attaches to the back of the monitor.

Apologies, hardly any reviews that I've seen talk or show how they wall mount.Quote
Reply