This monitor will be launched on July 29th

Samsung has a new Odyssey G9 monitor on the horizon, boasting insane hardware specifications and an HDR implementation that promises to deliver insane contrast levels.

With a screen size of 49 inches and a resolution of 5,120x1440, this curved screen is equivalent to two 27-inch 1440p monitors sitting side-by-side. This monitor will support refresh rates of up to 240Hz on its VA panel, utilise Samsung's Quantum Dot technology in conjunction with a Quantum Matrix backlight to deliver peak brightness levels as high as 2,000 nits and a total of 2,048 local dimming zones across the screen.

Powering Samsung's Odyssey G9 Neo monitor is dual DisplayPort 1.4 connections and an HDMI 2.1 input, giving users the ability to connect a range of devices to this huge HDR monitor.

Which support for high-end HDR features and a staggering 240Hz refresh rate, you can bet that Samsung's Odyssey G9 monitor will not be cheap when it launches on July 29th. With support for FreeSync Premium Pro and a G-Sync Compatability validation, this screen is due to be an incredible monitor for PC gaming, offering high-end display features, high refresh rate support and low 1ms grey-to-grey response times. 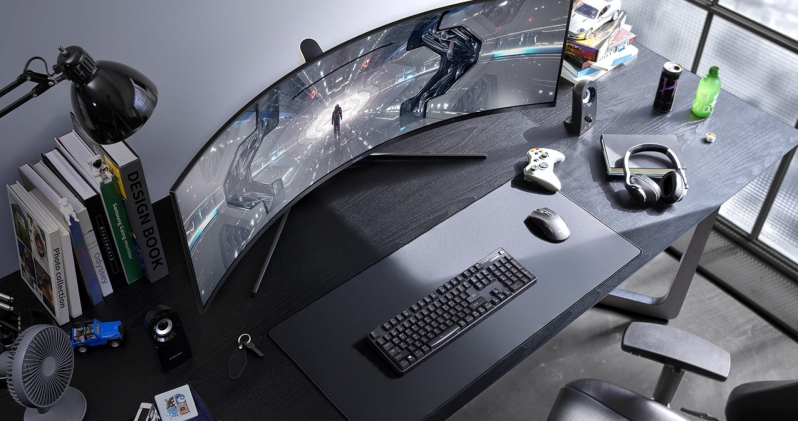 You can join the discussion on Samsung's Odyssey Neo G9 240Hz HDR monitor on the OC3D Forums. 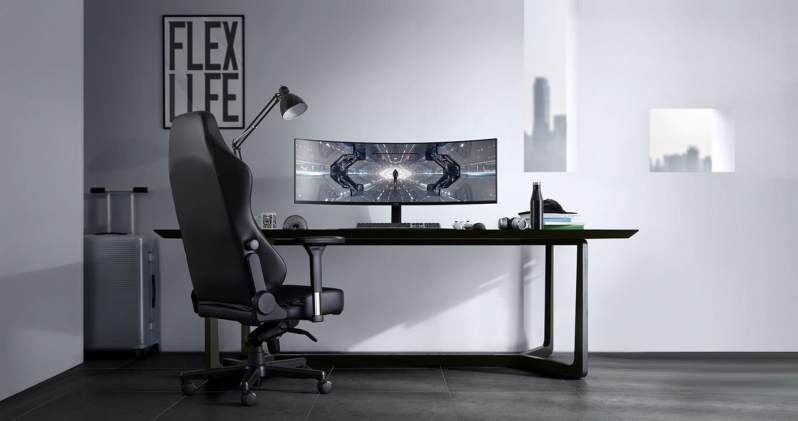 NeverBackDown
Not as impressive when you realize you can't even take full advantage of this monitor without compression. You'll still need DSC for HDMI 2.1 or run at 4:2:2. Otherwise it's insane non compression bandwidth requires 60.62 Gbit/s!


This should have waited for DP 2.0, but we won't see that until next year at the earliest.Quote

Dicehunter
This would be my dream monitor -

And no need for display compression.Quote

MainSource77
you can complain that dsc is needed or you can simply set the refresh to 144 or 165 hz as with over 7 million pixels no modern title is coming close to getting 240 fps, then you can enjoy full chroma 4:4:4, 10 bit at 144 hz, i dont see how that is a bad thingQuote

Dicehunter
Quote:
Well they are releasing a product with marketing checkboxes just to say "Look what we have" but in doing so the product is compromised.

This monitor should be DP 2.0, Then DSC, Which does degrade image quality, Wouldn't be needed, If I'm paying, Likely £2000 for a monitor of this calibre, I don't want to have to sacrifice image quality to use the panels full potential.Quote

MainSource77
what would you have them do, im not trying to wait well over a year maybe or 2 for dp 2.0 when by that time micro led may be out or some other new tech, i know you feel entitled to something which is impossible, get over it, theres no pleasing some peopleQuote
Reply