This headset comes with an integrated audio solution

Samsung's Odyssey Windows Mixed Reality Headset was temporarily listed on the Microsoft store, revealing the device's specifications, pricing and release date.
This Windows 10 "Mixed Reality" VR headset will come with a price of $499 (same as the Oculus Rift+Touch), making it the most expensive Windows Mixed Reality headset on the market, though the increase in this device's specification may be enough to justify its high cost.
The release date for this device has been listed as November 7th, which is almost a month after the official launch of competing Windows Mixed Reality headsets on October 17th.
What sets this headset apart from other Windows 10 Mixed reality headsets is its increased display resolution, which comes in as 1440x1600 per eye rather than 1440x1440 per eye and the fact that Samsung uses an OLED display rather than a standard LCD. 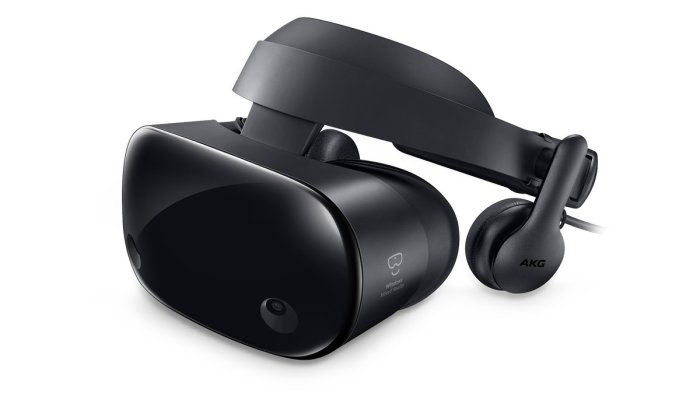 Samsung is also said to have integrated microphones into the VR headset itself as well as a built-in AKG audio solution, which means that users will not need to use headphones alongside this device.

Microsoft has delisted Samsung's VR headset for the time being, though a link is available here to view. It is expected that this headset will be officially revealed tonight at Microsoft's Mixed Reality Event in San Francisco.

You can join the discussion on Samsung's Odessey Windows Mixed Reality Headset on the OC3D Forums.