OLED screens are coming to laptops!

Samsung has announced that the "world's first" 15.6-inch UHD (4K) OLED panel will enter mass production next month, facilitating the creation of a new generation of premium notebooks, offering users the deep blacks associated with OLED screens and the ultrasharp pixels that 4K offers.

Mass production will start in mid-February and Samsung are already working with "leading manufacturers" to quickly add these new displays to state-of-the-art notebook designs, emphasising that their screens are optimised for gaming, graphic design and video streaming.

Samsung also states that their 15.6-inch UHD OLED screens can cover "the complete DCI-P3 colour gamut" and do so while being slimmer and lighter than LCD screens, a factor which will enable thinner and lighter notebooks. Samsung also boasts colour volumes that are 1.7x higher than LCDs of a similar size, improving the clarity of displayed images when the screen is viewed outdoors. 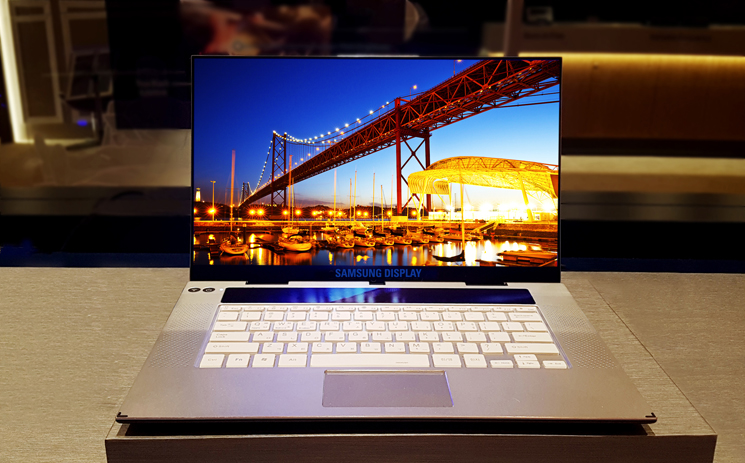 With the announcement, Samsung has showcased tremendous confidence in their OLED technology, with PC displays offering greater potential for image retention than most other use cases, given the use of static imagery like the Windows search bar and other frequently displayed content.

Moving forward, OLED displays are set to become more common within the PC market, with Alienware revealing a huge 55-inch 4K 120Hz OLED monitor at CES and ASUS planning to release their 21.6-inch ProART PQ22UC OLED monitor in the near future.

You can join the discussion on Samsung's 15.6-inch 4K OLED notebook display on the OC3D Forums.

tgrech
Not really, this is the company that single handedly pioneered the use of OLED in mobile devices & had produced the only viable OLED panels for phones for like half a decade, with such a saturation & lead of the market Apple had to source yet more from them due to the lack of any other company even really being in the space, with LG & others only recently becoming viable. Samsung have undeniably been the king of OLED throughout its viable consumer life, beyond some early attempts from Sony.