Microsoft's Windows Mixed Reality (MR) Platform is a relative newcomer to the VR market, competing with both Oculus and SteamVR in the war to become the dominant VR platform.

While the VR offerings from both Oculus and HTC are impressive, Microsoft's Windows MR ecosystem can benefit from the input of several 3rd party companies, each of which can develop headsets with unique features and can slowly push the ecosystem forwards while maintaining the same technological baseline.

Samsung, one of the world's leading technology companies, has developed their second generation Windows MR headset, calling their new product the Odyssey+, delivering several major and minor refinements over last year's Odyssey headset. The most noteworthy of these changes is the device's use of an Anti-SDE (Anti-Screen Door Effect) display, which increased the perceived resolution of the headset's integrated OLED display by making the lines which separate pixels less visible.

Like its predecessor, the Odyssey+ makes use of two 1600x1440 displays, one for each eye, offering a pixel density of 616 PPI. Samsung claims that their Anti-SDE technology makes this pixel density appear to be 1,233 PPI in practice. Please note that this technology leaves the device's display resolution unchanged, but the removal of screen-door artefacts will make images appear to be significantly clearer.

Samsung's technology works by applying a grid on top of the device's OLED display, which diffuses light to replicate the image on top of a pixel over its edges, eliminating the lines between pixels by making it appear luminescent. This technology won't add detail to images within VR, but the removal of artefacts will remove a lot of the visual noise from the experience, which in part accomplishes the same goal.

Sadly we cannot conduct a full analysis of this headset without a sample, but a simple summary of its effect is that it blurs the edges between pixels to make the gaps between them less noticeable to most users and potentially invisible to others. In practice, this technology functions just like ASUS' Bezel-Free Multi-monitor kit from CES 2018. We will need to wait for reviews before we see exactly how useful this technology is in practice.

The Odyssey+ is also designed to feature a wider nose guard and a wider eye box to accommodate a broader range of users whole weighing only 590 grams, a 54-gram reduction in mass when compared to the original Odyssey MR headset. 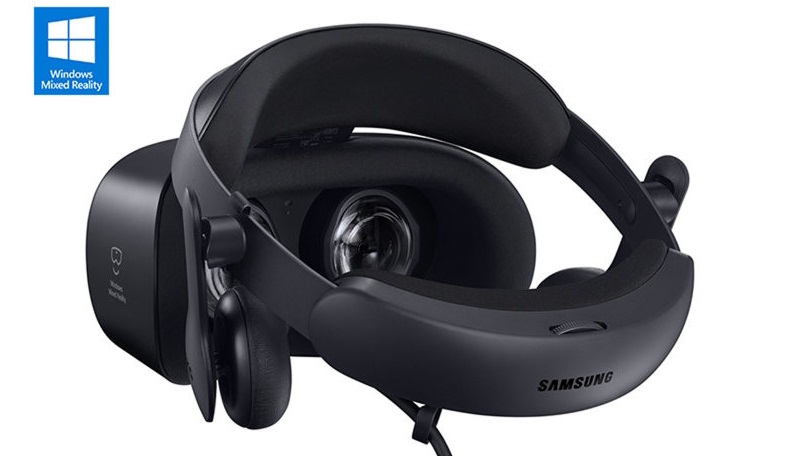 Like other Windows MR headsets, the Odyssey+ uses an inside-out tracking system and ships with two wireless controllers that offers six degrees of freedom. Samsung plans to release this new headset with a price tag of $499, which is the same price as their original Odyssey headset.

You can join the discussion on Samsung's Odyssey+ Windows Mixed Reality headset on the OC3D Forums.

Davva2004
Do we know if it will be available in the UK?Quote

Warchild
removing SDE is a huge bonus. Alot of VR competition coming to market now. This is what we wanted.Quote
Reply