Samsung optimises its latest 4K TVs for Gaming with FreeSync Premium and 9.8ms of input lag

Over the past number of years, TV manufacturers have been working to create the best gaming screens, focusing on lowering input lag while delivering higher levels of image quality though HDR support and new technologies like OLED, MicroLED and Quantum Dot.

For Samsung's latest TVs, the company is focusing on creating TVs which are well suited to the future of the console market, offering gamers more immersive and responsive experiences. With this in mind, the company has shared its "keys to victory" citing HDMI 2.1 support, lowered input lag values and more. 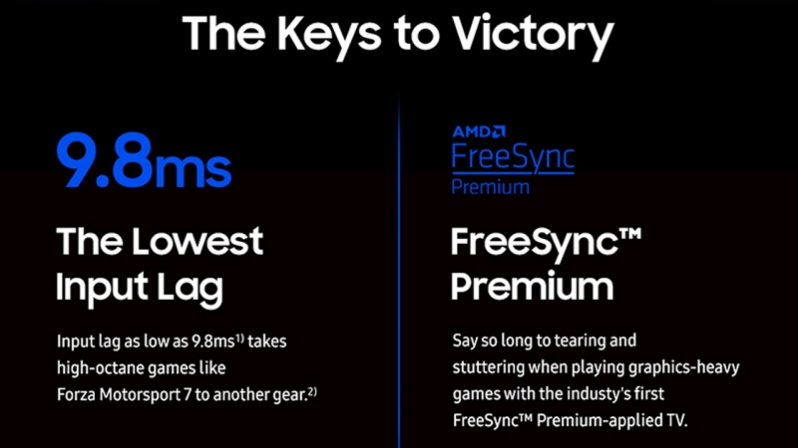 Next up we have "Auto Game Mode", a low latency mode which automatically applies when using a supported games console. This is a feature of the HDMI 2.1 standard and is supported by Xbox One, Xbox Series X and (likely) PlayStation 5. Microsoft has been open about supporting the HDMI 2.1 feature set, whereas Sony has been quieter on this matter.

Sadly, Samsung's press release on these features does not specifically mention the model numbers of its HDMI 2.1 certified screens, though this feature is expected to be part of the company's entire 2020 QLED lineup. Please research the features that your television will support before purchasing it. 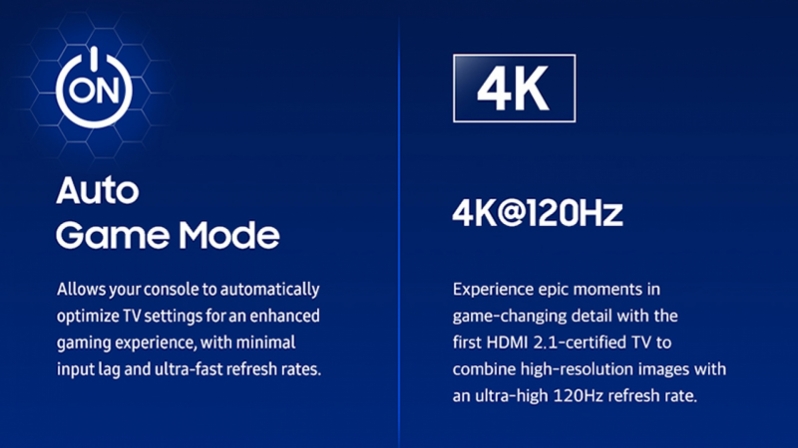 In addition to these features, Samsung also supports a feature called "MultiView" to allow gamers to dedicate one side of the screen to gaming and the other side to watching other content. This technology is basically a Picture in Picture (PiP) mode, which is commonplace on high-end PC monitors.

You can join the discussion on the feature set of Samsung's 2020 lineup of QLED TVs on the OC3D Forums.