While AMD's Radeon Vega architecture was not as powerful as the pre-launch hype train made it out to be, it is hard to deny that AMD's Radeon Vega 56 is a strong GPU offering. Yes, it isn't going to outperform an RTX 2080, but it is more than enough for most games at 1440p at reasonable graphical settings.

Tomorrow, Nvidia is expected to launch their GTX 1660 Ti graphics card, but before that GPU lands AMD's Radeon Vega 56 has seen a significant reduction in pricing, dropping to £249 in the UK for MSI's RX Vega 56 Air Boost model. Combine this with AMD's 3-game Raise the Game Fully Loaded Bundle, and you have yourself a billy bargain. A Radeon Vega 56, and copies of Resident Evil 2, Devil May Cry 5 and The Division 2 is a pretty good deal, especially when you consider this graphics card's performance in recent gaming titles.

While this £249 model is a reference-style offering, it is worth noting that AMD's Radeon Vega lineup can respond very well to undervolting, which if done well can decrease the GPU's thermals while also boosting card's performance, lowering the GPUs fan speeds a little as a neat bonus. Bump your budget up to £279, and you can buy Sapphire's aftermarket RX Vega 56 Pulse Edition, which sports a dual-fan axial cooler design. 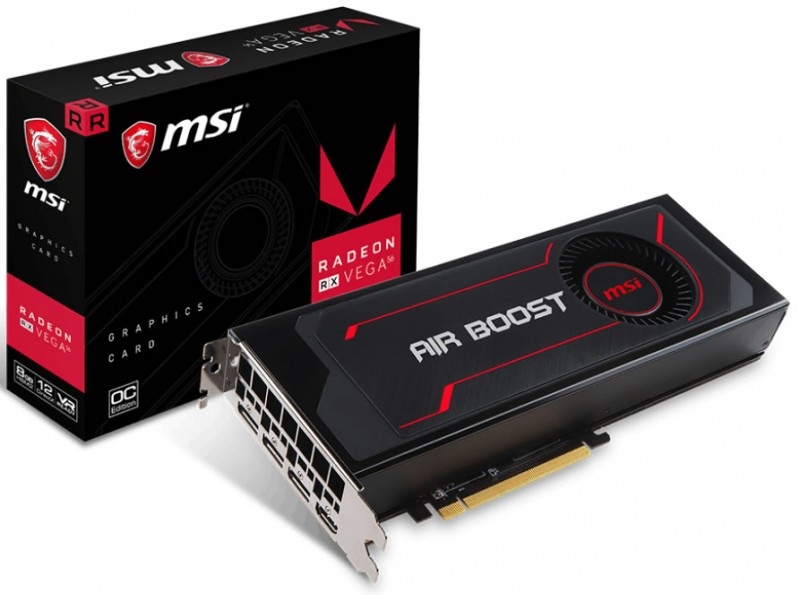 Whether or not the Radeon Vega 56 is worth it ultimately comes down to your budget. Right now it is hard to beat these performance levels for £249, with Nvidia's RTX 2060's pricing starting at around £320. In most modern games the Radeon RX Vega 56 can easily surpass Nvidia's GTX 1070, and in some titles can even give the GTX 1080 a challenge, making it a GPU that is more than worthy of consideration at this price point, especially if you are interested in any of AMD's bundled games.

AlienALX
Awesome. I said in another thread that I was pretty sure the 1660ti was all about taking on Vega 56...

This is good for everyone.Quote

AlienALX
Quote:
In heavy DX12 stuff yeah. I'd rather have the 56 going into the future

robbiec
They were sold out pretty quickly at Oc.co.uk, great value for 1080 / 1440 players. Good for compute experiments with ROCm too!