We should all know by now that AMD plans to release its first RDNA 2 graphics cards before the end of the year, offering customers next-generation Radeon performance and the same feature set as both next-generation consoles. Early rumours regarding AMD's RDNA 2 "Big Navi" graphics card was that it would be an "Nvidia Killer", but new reports suggest that this will not be the case.

CoreTeks has reported that AMD has started to share information with "sources in Asia", who have claimed that "Big Navi" isn't as powerful as expected. Coreteks reports that AMD's next-generation flagship will only be 15% more powerful than Nvidia's RTX 2080 Ti, and that is in "optimised" titles.

With this in mind, AMD's next-generation flagship is expected to be an RTX 3080 competitor. That's a far cry from the reports that AMD's RDNA 2 flagship would deliver a 50% performance lead over Nvidia's RTX 2080 Ti.

AMD is reportedly planning to price their RDNA 2 flagship to undercut Nvidia's RTX 3080, offering consumers more value than their opponent within the high-end market. Lower-end Navi SKUs will be competitive with Nvidia's other RTX 30 offerings, though this leaves Nvidia's hypothetical RTX 3080 Ti with no competition. 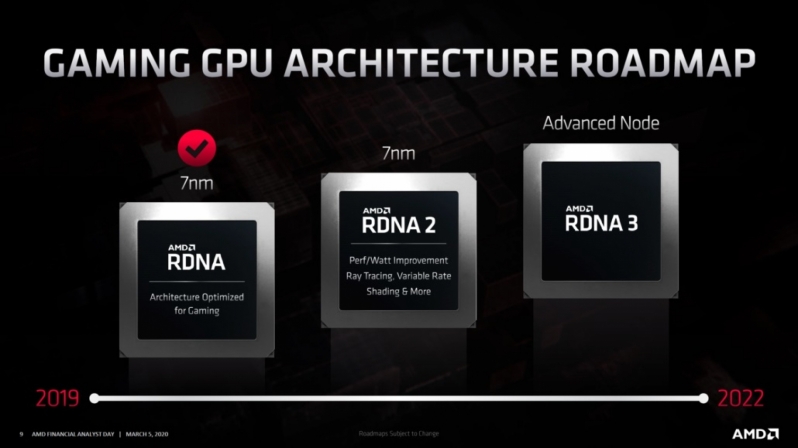 You can join the discussion on reports that AMD's "Big Navi" will not be as powerful as expected on the OC3D Forums.


Quote:
..Potential GPU enthusiast customers may be disappointed with this but for AMD I bet they will be more than happy to have a stack of Navi cards that can match 95% of what Nvidia has to offer.

..I doubt leaving the 5% of people willing to pay the $1000+ for a 'Ti' class GPU to Nvidia, is something AMD will lose sleep over.Quote

AlienALX
" Coreteks reports that AMD's next-generation flagship will only be 15% more powerful than Nvidia's RTX 2080 Ti, and that is in "optimised" titles. "


Hang on. The last I read or watched about it their flagship was going to be as good as a 2080Ti and every one lost their s**t because they were so happy about that. Now it is supposed to be an Nvidia 3000 killer and it's "only" 15% faster in optimised titles?

Who cares? the 2080Ti is, and still will be, more than enough for any one for years to come. People are still getting 60 FPS and are very happy with RX 580s ffs.

This stuff all really makes me laugh. It really does. Like, when the RX 470 and 480 were about to launch we were told in quite clear English that it would compete with the GTX 970 and 980 and no more. Yet people were disappointed and actually thought Polaris was crap because it wasn't a 980Ti killer. All because some d1ck head got excited and started to exaggerate.

Makes me laugh, man. If AMD come up with a card as fast as a 2080Ti it will be a MASSIVE success for them, and us.Quote

Bridges
Quote:
AMD drivers are at least as good as Nvidias and the software is better.Quote

AngryGoldfish
I never really expected a top end killer. The 2080Ti class is quite niche. It's too expensive for most gamers but isn't profitable enough for the prosumer and business categories. It makes sense that a 2080Ti +15% will offer similar performance to an RTX 3080 at a lower price. If an RTX 3080 is €750 and the RX is €700 with the same performance and power consumption, that's an Nvidia killer. It's a card that handily beats another card from a much bigger company. Hence Nvidia killer. Still massive hyberpole, but that's AMD for you. And if AMD compete in everything below an RTX 3080, RDNA2 will be a huge success. And it should improve as next gen consoles become the new norm.Quote
Reply