At this time, Nvidia has not officially revealed their RTX 3060 Ti graphics card. As such, these specifications should be considered unconfirmed. Given the fact that this graphics card uses the same GPU core as the RTX 3070, the RTX 3060 Ti is expected to launch before the end of 2020. 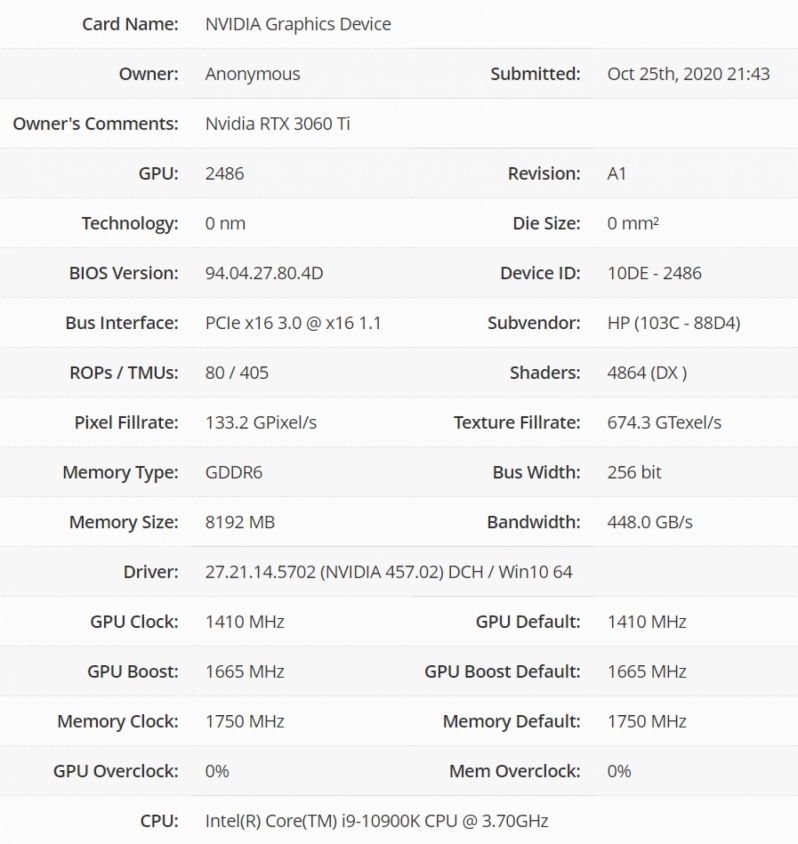 You can join the discussion on Nvidia's RTX 3060 Ti specifications on the OC3D Forums.

ImprovizoR
This is probably more than enough for me, in case that AMD can't offer anything in the mid-range segment before Nvidia.Quote
Reply