Nvidia plans to live stream their CES 2019 keynote, the event where CES Jensen Huang is expected to reveal the company's RTX 2060 graphics card, which will seemingly ship with support for both DLSS and RTX Ray Tracing.

According to Videocardz, who have seemingly gained early access to the GPU's reviewers guide, the GPU will ship for $349 and offer performance levels which, for the most part, sit between the GTX 1070 Ti and GTX 1080, packing quite a lot of performance given the GPU's leaked pricing.

Not only that, but this graphics card is also seemingly capable or running Battlefield V at over 60FPS at 1080p with Ray Tracing enabled, suggesting that DICE have further optimised the feature while also implementing support for DLSS, a performance enhancing feature that's available to RTX series graphics cards.

Videocardz have also stated that the RTX 2060 Founders Edition will feature 6.5TFLOPS of GPU performance and offer base/boost clock speeds of 1365MHz and 1680MHz respectively, alongside 6GB of GDDR6 memory over a 192-bit memory bus. 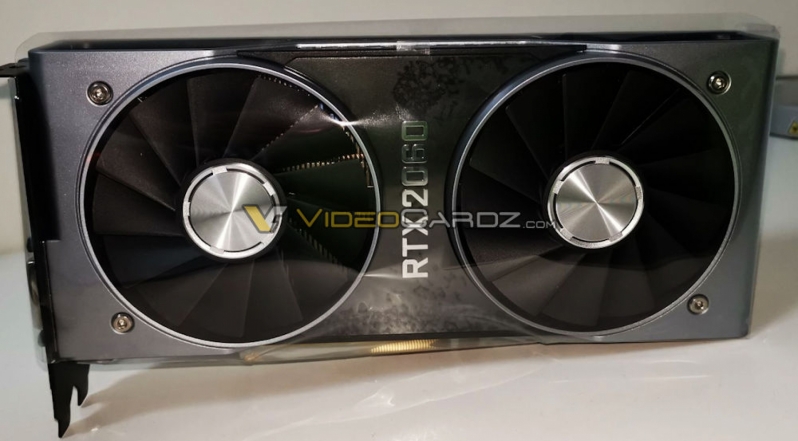 AlienALX
So basically the more RTX DICE cut out of BFV the better it runs. Who'da thunk it eh?

I would worry that in the end the difference will be indiscernible.Quote

TheF34RChannel
Quote:
I feel having RT on this card is just a wrong promise and thus a very bad idea.Quote

ET3D
If price and performance are true, that's certainly good value. It also makes me look forward to the 1160.Quote

AlienALX
Quote:
We'll see I guess dude. If they crack DLSS* and RT a bit then it may just scrape through.

* I would just turn Aliasing off myself, but whatevs.

The big test? Metro Exodus. They called it a "GPU cooker" so I will be interested to see if they cut it back or left it as it was then.

I really hope Navi is OK.Quote

ET3D
Quote:
Between 1070 Ti and 1080 doesn't sound like '1070ish performance' to me. A 1070 Ti is still considerably more expensive than $350 and will be slower. So not only will you be getting (assuming this leak is true) better performance than the 1070 Ti for a lower price, you're also getting new tech.


If the 1160 is a 2060 without RT and at a lower price, that would be even better value (assuming you don't want RT).Quote
Reply