A new external graphic enclosure for Windows and MacOS

Through enclosures like the Core X, PCs with Thunderbolt 3 connectivity can offer high-end gaming performance, allowing a notebook with integrated graphics to become a high-end gaming system, or turn a mobile PC into a static workstation when the need arises.

As the name suggests, the Core X is just a graphics card enclosure, offering only the circuitry required to power and connect a GPU to a Thunderbolt-enabled PC while also providing up to 100W of power to the connected system for system power/charging. This modularity means that users will need to purchase a dedicated GPU to use with the system, supporting Radeon graphics through AMD's XConnect technology as well as both GeForce and Quadro series GPUs. Users are not limited to specific manufacturers, though the unit can only offer up to 650W of total power (550W for a GPU and 100W for a connected system).

Razer's existing Core V2 eGPU enclosure will remain available for $499, with their new X Core model coming in at a more affordable $299. The Core X only offers eGPU support and power delivery to a connected system, with the Core V2 offering Chroma Lighting support, a 4-port USB hub and ethernet connectivity.

While the Core V2 is in some ways a higher-spec unit, the Core X offers a slightly larger form factor that supports triple slot graphics cards, 150W of additional power and the ability to deliver connected systems up to 100W instead of 65W of power. The X Core will also be using Thunderbolt 3's bandwidth for GPU connectivity exclusively, rather than having it compete for resources with ethernet and USB ports like the Core V2. 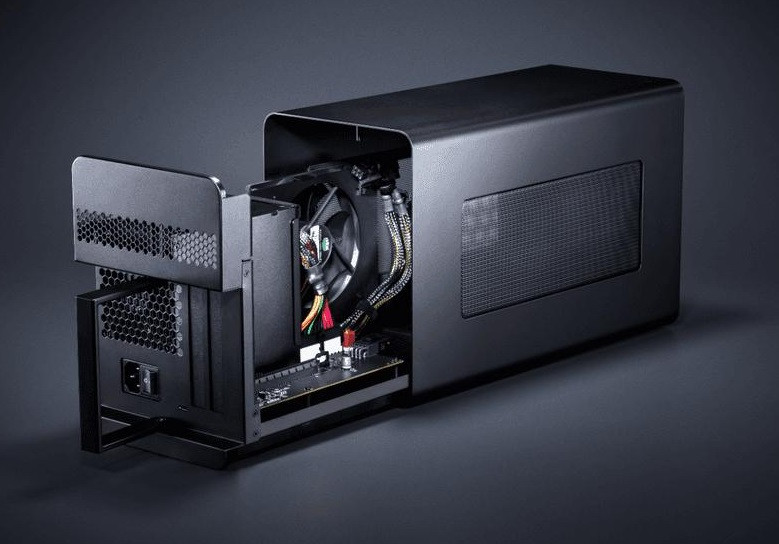 You can join the discussion on Razer's Core X external GPU enclosure for Windows and MacOS on the OC3D Forums.

Dicehunter
According to benchmarks you lose quite a bit of a GPU's performance using one of these, I could see it being useful for people who do have a desktop as well though and want to game on the go i.e in their hotel room etc...Quote
Reply