Below is an official statement from AMD to HardOCP, confirming Raja's departure and that his absence will have no effect on AMD's future product roadmaps. Furthermore, AMD has also confirmed that they are taking steps to strengthen the Radeon Technologies Group moving forward.

Earlier today, we announced two unrelated updates for our Radeon Technologies Group: 1) Raja Koduri has decided to leave AMD and 2) we are taking the next steps in our work to further strengthen RTG by streamlining and focusing the organization on key growth areas.

I wanted to also make sure you understood these updates do not impact our plans or the strategic direction we are driving our graphics business. We appreciate the contributions Raja has made helping establish our dedicated graphics focus and strong team that is capable of accomplishing the ambitious goals we have set for this part of our business. Also want to make sure it is clear that there are no changes to our public product or technology graphics roadmaps, and we remain on track to deliver on our commitments in 2018 and beyond. Lisa will continue to lead RTG on an interim basis while we complete our search for a new leader.

We have made significant progress across AMD these past two years delivering the first wave of our high-performance products, best exemplified by our improved financial performance and year-over-year market share gains across all of our client, graphics and server products. Today’s changes are designed to allow us to better take advantage of the significant growth opportunities in front of us. 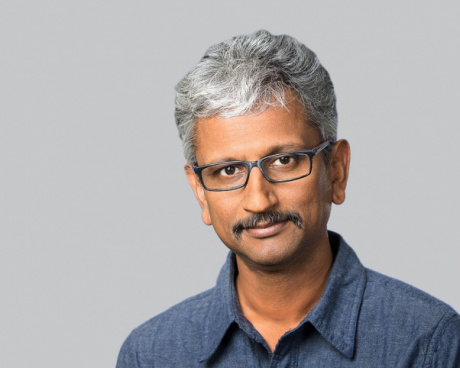 An internal AMD memo has also been leaked, revealing what Raja Koduri has said to his team within the Radeon Technologies Group. Below is the memo in full.

To my AMD family,

Forty is a significant number in history. It is a number representing transition, testing and change. I have just spent forty days away from the office going through such a transition. It was an important time with my family, and it also offered me a rare space for reflection. During this time I have come to the extremely difficult conclusion that it is time for me to leave RTG and AMD.

I have no question in my mind that RTG, and AMD, are marching firmly in the right direction as high-performance computing becomes ever-more-important in every aspect of our lives. I believe wholeheartedly in what we are doing with Vega, Navi and beyond, and I am incredibly proud of how far we have come and where we are going. The whole industry has stood up and taken notice of what we are doing. As I think about how computing will evolve, I feel more and more that I want to pursue my passion beyond hardware and explore driving broader solutions.

I want to thank Lisa and the AET for enabling me to pursue my passion during the last four years at AMD, and especially the last two years with RTG. Lisa has my utmost respect for exhibiting the courage to enable me with RTG, for believing in me and for going out of her way to support me. I would also like to call out Mark Papermaster who brought me into AMD, for his huge passion for technology and for his relentless support through many difficult phases. And of course, I want to thank each and every one of my direct staff and my indirect staff who have worked so hard with me to build what we have now got. I am very proud of the strong leaders we have and I'm fully confident that they can execute on the compelling roadmap ahead.

I will continue to be an ardent fan and user of AMD technologies for both personal and professional use.

As I mentioned, leaving AMD and RTG has been an extremely difficult decision for me. But I felt it is the right one for me personally at this point. Time will tell. I will be following with great interest the progress you will make over the next several years.

On a final note, I have asked a lot of you in the last two years. You've always delivered. You've made me successful both personally and professionally, for which I thank you all from the bottom of my heart. I have these final requests from you as I leave:

. Stay focused on the roadmap!
. Deliver on your commitments!
. Continue the culture of Passion, Persistence and Play!
. Make AMD proud!
. Make me proud!

While many will believe that Raja has been forced out of the company, it is undeniable has AMD's Graphics division has made some huge strides since he founded and headed the Radeon Technologies Group over the past two years.

Since the creation of RTG AMD's GPU drivers have improved significantly, and the company has created some compelling GPU offerings with Polaris and Vega, though sadly Vega bringing AMD back into the professional GPU scene. While Vega has not had the desired impact in the gaming GPU market, it is undeniable that Vega offers a compelling value elsewhere.

At this time it is unknown what AMD is planning with regards to RTG, though it is likely that the company will be working to deliver some Zen-like magic within Radeon in the future.

You can join the discussion on Raja Koduri Leaving AMD on the OC3D Forums.

Thelosouvlakia
In Retrospect, his intro speech during the Vega launch event kinda gave you that feeling, he sure has worked his ass off all these past years, maybe it's a good time to take a big break from everything and focus on spending time with his family. I guess, it has a name, it's called "research fatigue", timelines and schedules are pretty tight and when you fail to deliver to the exact specs it's nerve racking... At the Faculty we have 5-6 professors that had a huge career in companies like IBM, Microsoft, HP even the Max Planck Institute project leaders and such and they've all quit it for the more laid back professors life and family time...

It's not like Raja will have a hard time being accepted to a job....Quote

NeverBackDown
Pretty sad to hear. He really put them in order and got everything on track.
I figured there stock would drop but so far it's no change.Quote

HJ1mech
Rumors are he has landed a job at IntelQuote
Reply