This GPU could be a monster overclocker!

The folks over at team Radeon have another Navi-powered graphics card up their sleeve, and thanks to ASRock, we have an early glimpse at the graphics card's specifications.

The hardware leaker APISAK has posted images of a now-deleted ASRock webpage, which listed a graphics card called the RX 5600 XT Challenger D OC, a GPU that's set to become AMD's GTX 1660 Super competitor. This leak may have come via a post over on the AMD subreddit, though this post has since been deleted.

Looking at ASRock's RX 5600 XT specifications, we can clearly see that the graphics card is a cut-down version of AMD's existing RX 5700 graphics card. The GPU features the same stream processor count as AMD's RX 5700, lower clock core/memory speeds, and a smaller GDDR6 memory bus. These factors give the RX 5600 XT around 35% less memory bandwidth than an RX 5700 and a gaming clock that's over 10% lower than AMD's reference RX 5700.

Based on this information, we guess that this GPU's performance will be memory limited in many cases, which means that this GPU could respond very well to memory overclocking. 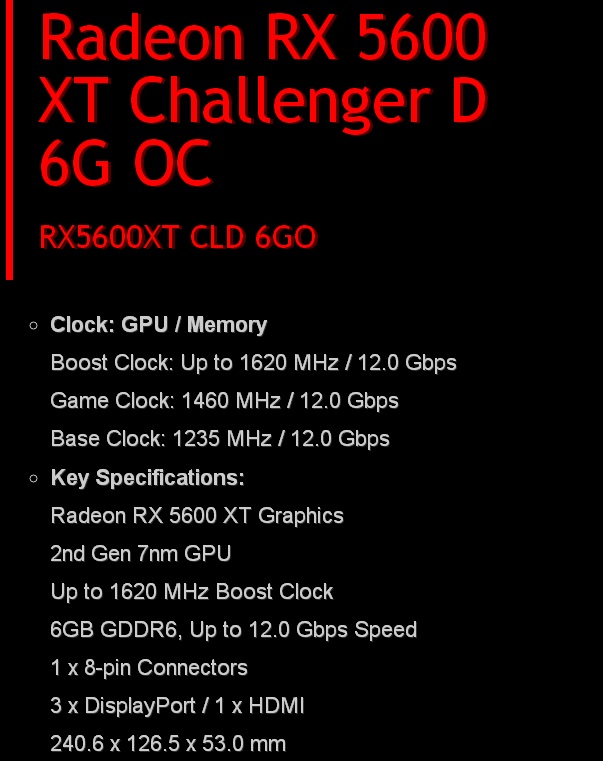 Given the specifications of this graphics card, AMD's RX 5600 XT has the potential to cause a dramatic shake-up of the mid-range GPU market, perhaps making this the go-to graphics card for the £240ish price point. From the looks of it, this graphics card is not lacking in terms of compute performance, but only time will tell if this GPU;'s contained memory bus will become a problem in AAA games. 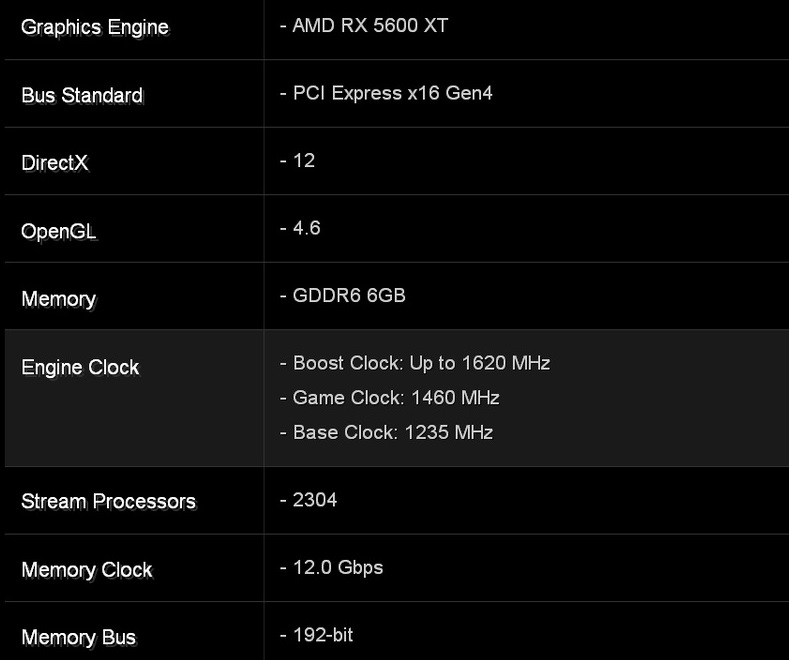 You can join the discussion on AMD's Radeon RX 5600 XT specifications leak on the OC3D Forums.

tgrech
192-bit width shouldn't have toooo big an impact, at least not linear, RDNA has been quite memory efficient so far and 5700XT was fairly over provisioned at most resolutions (You could under clock the memory a fair bit without performance hits). It shouldn't be a world away at 1080p assuming the other specs are accurate.

Gotta remember this is an arch partly designed for 64-bit DDR4 busses and such when in <20CU forms on APUs .Quote
Reply