AMD's Radeon Navi series of graphics cards is due to launch on July 7th, releasing the Radeon RX 5700 XT and Radeon RX 5700 to the world in their full reference design glory.

PowerColor has started to tease their upcoming RX 5700 XT Red Devil gaming graphics cards, opening up a competition for a "New PowerColor Red Devil" graphics card that is "yet to be announced". The competition is available now on PowerColor's website and is set to end on July 17th, ten days after AMD's initial Navi launch.

The Red Devil series has been a major part of PowerColor's graphics card lineup for a number of years, offering buyers beefy cooling solutions, demonic iconography and some of the highest performance levels that the company can offer. In time we will learn how well AMD's Navi/RDNA architecture copes when combined with it's given the Red Devil treatment. 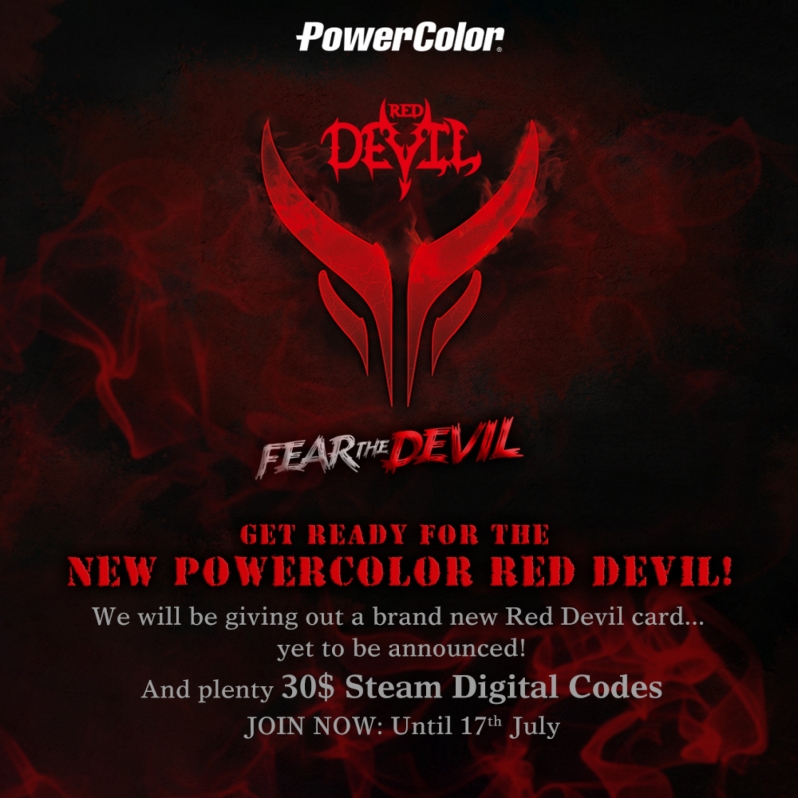 You can join the discussion on PowerColor's upcoming Red Devil series Navi graphics cards on the OC3D Forums.