It's over, the mining boom has passed, returning GPUs to regular pricing, giving gamers the ability to upgrade without the risk of overspending. This is especially true on the Radeon side, where GPU prices inflated to insane levels, with today's more moderate retail costs merging with Radeon's latest game bundle to offer PC gamers a great deal.

Thanks to AMD's "Raise the Game" GPU bundle, which gives purchasers of new RX Vega 64, RX Vega 56, RX 580 and RX 570 graphics cards free copies of Strange Brigade, Star Control Origins and Assassin's Creed Odyssey, we have what can be considered a great deal for AMD's RX Vega 64 pricing-wise. Bringing AMD's graphics card to its original SEP while also offering buyers three highly anticipated PC games, all of which will be released within the next three months.

This game deal comes as part of AMD's recent efforts to forge closer ties to game developers, with Bethesda and Ubisoft being two high-profile highlights of these efforts. Both publishers are working to optimise their games for Ryzen/Radeon hardware, which is great news for AMD users. 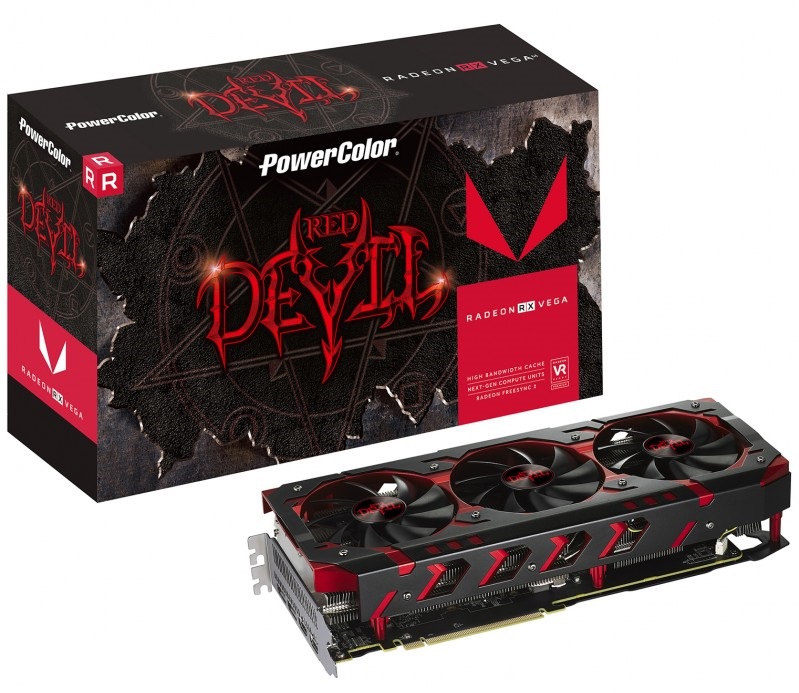 Moving forward, AMD/Radeon hopes to forge closer ties with game developers, with both parties knowing that AMD is a sure pick as a hardware provider for both Sony and Microsoft's next-generation consoles. Both sides can benefit from learning how to use Radeon's latest graphics hardware to its fullest, with features like Rapid Packed Math being of particular interest.

AMD has already forged partnerships with Ubisoft and Bethesda, with Wolfenstein II: The New Colossus and Far Cry 5 showcasing the benefits of their hardware/software partnership.

You can join the discussion on Powercolor's RX Vega 64 Red Devil dropping to £449.99 with three free games on the OC3D Forums.

Piskeante
drop it whatever you want.

GTX 1080 are better, more power efficient, and you can get them almost at same prices.

Moreover, the new generation is almost here, so this card will be less and less valueable.

And the only thing where it succeds is in mining, and mining is totally destroyed nowadays. So....Quote

looz
That's not bad, though 1070 just makes more sense, at least on Windows side of things.Quote

AlienALX
Quote:
The 1080 is more efficient for sure. However, in DX12 the 64 is faster. Mostly because AMD stuck with the "lots of GCN units" and thus it is the better card in DX12.

I also don't think it will be less valuable. If mining returns it will be worth a fortune.

It's also faster in Vulkan

And Doom Eternal is going to use Vulkan also.

Personally if I was buying now I would deffo get the Vega. Three free games just edges it for me.Quote

Piskeante
Quote:
not in all games. You can see many comparisions in games with DX12 and V64 does not win in all of them.

Vulkan is another thing, because it's only used in DOOM.

I still prefer GTX 1080. I will not deny those 3 games make it better to get V64 though.Quote

AlienALX
Mining was dead before. It came around again, and if I were the greedy sort I could have gotten back what I paid for my Fury X and more.

I still think the Vega is the better card going into the future. Mainly because AMD actually give a crap and keep working on the drivers for it, even after they have been paid.

There really is nothing in it except price. And with 3 free games and about the best cooler you can get on the Vega there isn't much in it in temps either.Quote
Reply