A binned chip for those who demand the best

Powercolor is a company that takes pride in its work, acting as one of the world's few Radeon-only graphics card manufacturers. As such, they work to ensure that their cooling solutions and custom GPU designs are amongst the best that money can by, lacking the constraints that multi-vendor AIBs like ASUS, Gigabyte and MSI have to tackle.

Powercolor doesn't simply modify its generic heatsink designs to fit onto AMD's latest GPU models. No, Powercolor creates a unique cooler design with each generation, cementing themselves as one of Radeon's top brands. There's a reason why Powercolor's Radeon RX 5700 and RX 5700 Red Devil cards received praise from us when we reviewed them earlier this year (review link here).

But what if Powercolor decided to take things to another level? What if they push AMD's Radeon Navi/RDNA architecture to its limits? They have, with their new Radeon RX 5700 XT Liquid Devil graphics card, a GPU that claims to be the "fastest Navi card in the world".

To create their Liquid Devil Radeon RX 5700, Powercolor teamed up with EK to create a custom water block for their unique Devil series RX 5700 XT PCB. This board design features a 10-phase VRM where most AIB RX 5700 XT cards feature 8, and on top of it sits a "special binned" graphics core, which ensures boosted overclocking headroom and greater stock performance. 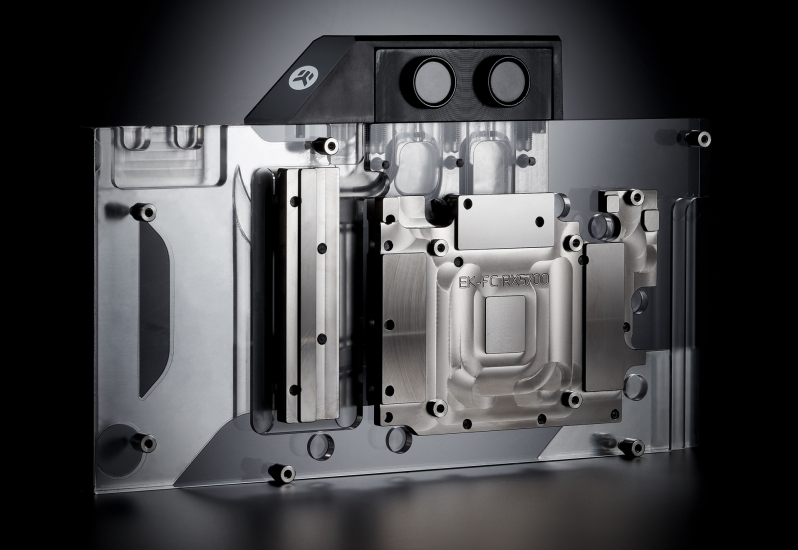 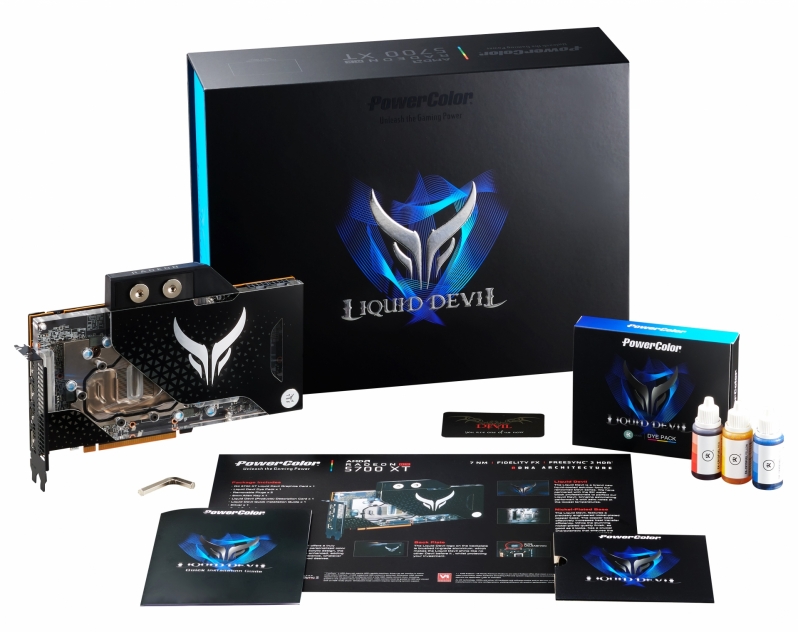 You can join the discussion on PowerColor's RX 5700 XT Liquid Devil, the "Fastest Navi card" on the OC3D Forums.

Bartacus
I must say, I love the product design. It's kinda sexy IMO.Quote
Reply