Powercolor Radeon HD3650 Performance preview
Powercolor kindly sent us one of their HD3650's to play with.
Having only had a few hours to play with the card I haven't had time to squeeze out a review but I thought you might like some figures and a few pics.
Chipset: HD 3650
Edition: Extreme PCS
Chipset Features: ATI CrossFireX™ multi-GPU technology
HDMI Output Support
Microsoft DirectX® 10.1
Shader Model 4.1
GPU Speed: 800 MHz
Memory: 512MB
Memory Bit Rate: 128 Bit
Memory Type: GDDR3
Memory Speed: 1800 MHz
Pipelines/Stream Process:
Cooling: Fan
Interface: PCI-E 2.0 (x16)
Connectivity: 2 x Dual Link DVI-I
As you can see, the core clock is running at a pretty steaming 800MHz and the memory at an equally fast 1800MHz...that's what we like to see!
Of course, add to this DX10.1 support, an improved Unified Video Decoder and 55nm process technology and you're onto a winner. 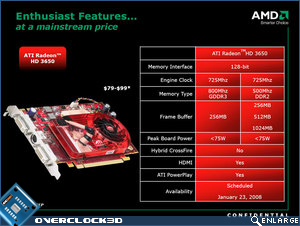 AMD have also added to ATI's arsenal of late with awesome power saving technology (around 75w at load) and the core clocks itself down to 300MHz when sitting in Vista Aero desktop.
If you want to hear a little more of the technology features of the new cards, check Bit-Tech here.
The Card
The card itself is a fairly small affair with a nice custom cooler installed on it. Beside the red PCB, the HD3850 shows it's a budget card by having liquid capacitors on it, although they are good quality capacitors at that. 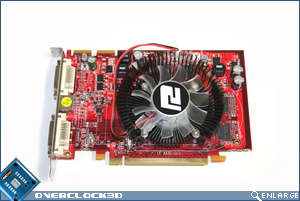 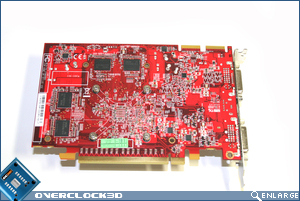 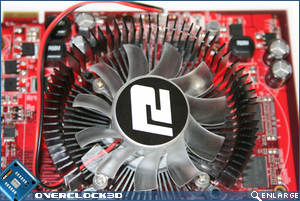 You'll notice that the card has dual DVI and a TV out on it, which is great news for a card that is slated for a price-tag of around £60 for this Extreme PCS version...some editions from Powercolor are even slated at a fantastic £46. 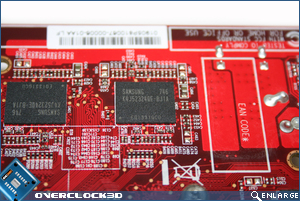 You'll notice that all the cards feature 512mb of DDR3 and of course, with ATI's excellent memory architecture the card will be able to utilise this amount of RAM and provide the bandwidth needed to make sure it really makes a difference. This Powercolor card has 512mb comprised of 8 x 64mb Samsung K4J52324QE-BJ1A DDR3 chips capable of 1000MHz (2000MHz).
«Prev 1 2 Next»

PV5150
Thanks for the preview Kemp

The HD3650 certainly looks like a very capable little card with a killer price, and one that I'd definitely consider for my HTPC (currently running a 7600 GS with passive cooler

). I can't wait for the full reviewQuote

ionicle
i like the power saving tech, thats a good idea, because why would you need your GFX card on max if your just surfing the net, or doing somthing less demanding, and then it can just ramp up for games

Rastalovich
It`s very much on a par with the 8600, not much in it imo.

The 3850 spits out some nice benchies too.

AMD/Ati certainly back in the race, for a nicer budget perhaps too ? Spose it hits the fan when nVidia bring out their next crop. Definately looks like they`re playing catchup still tho to me.Quote