Philips reveals a trio of 4K HDR monitors, two of which are 120Hz

Philips reveals a trio of 4K HDR monitors, two of which are 120Hz

Philips has officially announced three new 4K HDR monitors, all of which are due to release in Q1 2020. These displays cover a range of screen sizes, including 55 inches, 31.5 inches and 27 inches.

The biggest of these three screens is the 55 Momentum, which is also known as the 558M1RY, offering users 4K resolution support with a 120Hz panel and certified support for the DisplayHDR 1000 specification. On top of this, the 55 Momentum offers Philips' Ambiglod technology as well as an integrated soundbar from Bowers and Wilkins, offering superior sound quality to most built-in audio solutions. 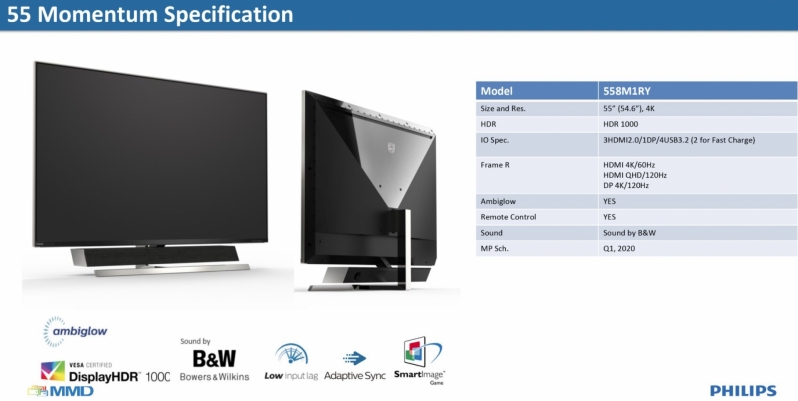 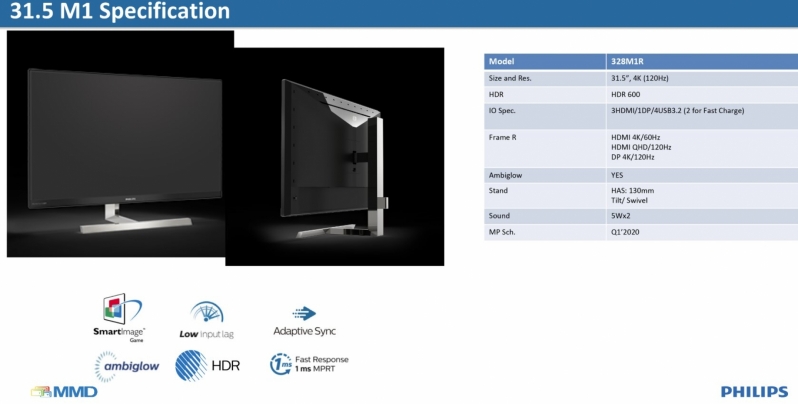 Lastly, we have the 27-inch 27 Momentum (278M1R), which is listed with HDR support without any corresponding DisplayHDR certification. The screen also lacks support for 4K resolutions at 120Hz, instead maxing out at 4K 60Hz. The screen is also due to release in Q1 2020 and launch with an MSRP of €399.

The 27 Momentum lacks support for DisplayPort and only operates using HDMI 2.0. 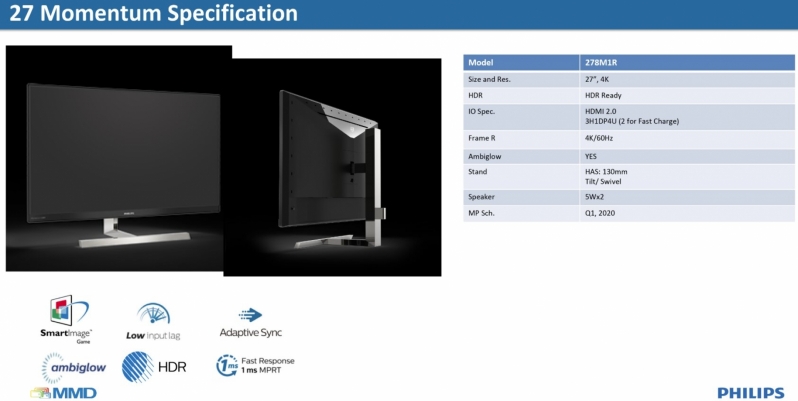 You can join the discussion on Philips' trio of 4K HDR monitors on the OC3D Forums.

boria0
Fu.k me. It's been a long wait but it looks like we'll finally see 30+inch 4K 120hz monitor for a reasonable price. Praise the LordQuote

NeverBackDown
That 31.5 inch screen for the money looks great tbh.

55 inch also looks good but I would rather spend like an extra $100 to get a true OLED TV that is just as fast and still supports PC well(though not as good HDR support).