With their upcoming Momentum 436M6VBPAB monitor, Philips wants to deliver PC users with a large 43-inch screen size, a native 4K resolution, full DisplayHDR 1000 support and VESA Adaptive-Sync support, all of which will make the display great for high-resolution HDR gaming on both PC and modern consoles.

With DisplayHDR 1000 and UHDA certifications, the Momentum 436M6VBPAB promises to deliver a great HDR experience with 97.6% coverage of the DCI-P3 colour space, a peak brightness of over 1000 nits, local dimming for deeper blacks and support for 10-bit colour (8-bit + FRC). The display will support HDMI 2.0, Displayport 1.2, mini DisplayPort and USB Type-C (DP alt mode) inputs, though at this time the monitor's Variable Refresh Rate (VRR range) is unknown.

The only downside of this display is its listed 60Hz refresh rate, which makes it unlikely that this monitor will support FreeSync with Low Framerate Compensation, with most modern 4K FreeSync displays covering a VRR range of 40-60Hz.

Philips' Momentum 436M6VBPAB is listed as using an MVA panel, with an Anti-glare covering. Some have reported that this display will make use of Quantum Dots, though this has not been confirmed at this time. More information should be available early next week. 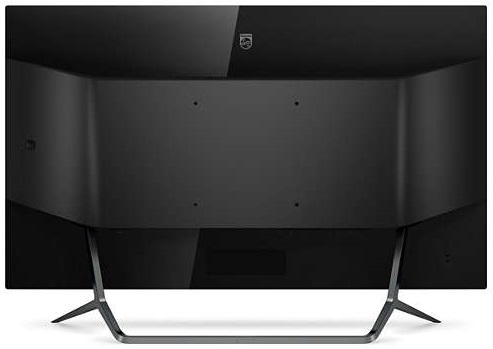 Another interesting feature of the Philips Momentum 436M6VBPAB is the display's support for Ambiglow technology, which uses a halo of LEDs around the screen to project colour onto surrounding surfaces, matching the on-screen action for an immersive visual impact. The monitor will also include a two-port USB 3.0 dock with fast charging support.

At this time Philips has not revealed the pricing of their Momentum 436M6VBPAB monitor, though it is expected to release in the near future.

You can join the discussion on Philips' Momentum 436M6VBPAB 43-inch DisplayHDR 1000 Adaptive Sync Display on the OC3D Forums.

W1tness
As someone with the 32" Momentum, I NEED this!

Edit: Read a tweet from PC Centric, gonna be 800 EuroQuote

meuvoy
I just hope that the new HDMI standard makes it mandatory to support all it's features including adaptive sync, since that would force NVIDIA to support it, else they wouldn't be able to support high refresh 4k gaming.

Such a shame NVIDIA only supports it's own proprietary tech. Cause I can't buy AMD since what I do requires CUDA... Shame on you NVIDIA.

Also, isn't VRR tech from HDMI 2.1? will philips implement it on 2.0? I'm just saying maybe there will be a dedicated 2.1 HDMI port for VRR and thus that might mean we can overclock the monitor beyond 60hz since the data limitation over HDMI will be removed.Quote

elpunk
Does anyone know when it goes on sale?

NeverBackDown
I could see this being pretty useful for consolesQuote
Reply